Will next year be the year Bitcoin is finally used like fiat currencies – and the price hits $10,000?

We've compiled the Bitcoin price predictions for 2017 from key members of the digital currency community – including a number of CEOs and venture capitalists.

Virtually everyone involved with Bitcoin sees the price of Bitcoin rising next year. Several Bitcoin forecasts see the Bitcoin price doubling from where it is now (about $790). 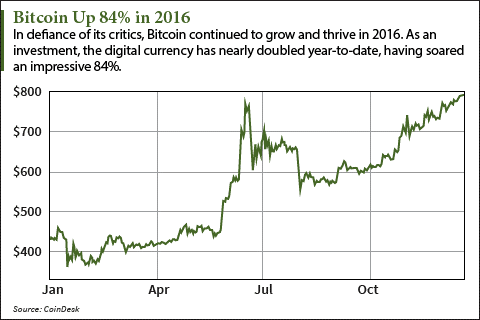 To get a sense of the progress Bitcoin has made and where it's headed next, Money Morning asked nearly a dozen top members of the Bitcoin community these three questions: 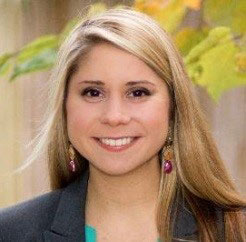 Global Business Development Head at Coinsecure, a Bitcoin exchange based in India

Forecast for most progress/change in 2017: There will be a greater focus on how Bitcoin can impact emerging markets. We are already seeing a surge in the price of Bitcoin in countries like India, where the government's move towards demonetization has pushed citizens to other currencies like Bitcoin. Remittance is also a huge use case for Bitcoin, and I expect some mainstream remittance players to start looking into the Bitcoin blockchain for the international transfer of funds.

Bitcoin price prediction for 2017: Good question. The price will definitely make it to $1,000, and may go up from there. 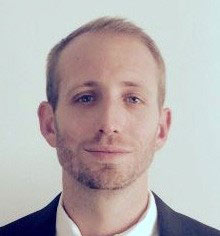 Most significant Bitcoin development in 2016: In 2016, Bitcoin proved itself as a digital gold, and we saw this in Bitcoin's price action related to unexpected macro-impactful events such as Brexit, demonetization (India, Venezuela), inflation (Argentina, Venezuela, Brazil), currency devaluation (yuan), Trump, capital controls, etc. Contributing to this trend is the fact that Bitcoin markets are open 24/7 and participation is completely permissionless and nondiscriminatory.

Forecast for most progress/change in 2017: There could be a few things here, if I had to call out two it would be:

1) The push to second-layer systems (e.g., Lightning Network), where there is tremendous opportunity to improve Bitcoin's throughput, capabilities, and user experience. Perhaps even more important about the push to second-layer networks is that it changes the dynamic of innovation: It is extremely difficult to innovate and make changes at the base protocol level because it requires network-wide consensus, which is extremely difficult to achieve. However, it will be much easier to innovate on higher-layer networks built on top of Bitcoin, such as Lightning Network, and I think that will drive new Bitcoin use cases and an improved user experience.

2) Institutional Investors: As Bitcoin proved itself as a digital gold, we've seen rising interest among institutional investors to hold Bitcoin. We expect this trend to accelerate in 2017.

Don't Miss: How to Double Your Money on the $170 Billion Cybersecurity Revolution 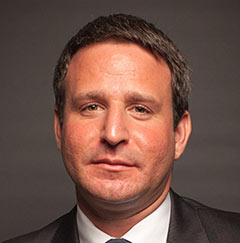 Head of Market Structure at the Gemini Bitcoin exchange

Most significant Bitcoin development in 2016: I really think that 2016 was the year that Bitcoin started to be normalized. We saw the financial world take much greater interest in Bitcoin, and take it more seriously. Regulators also started providing more level-headed oversight. In the media, we heard less about criminal businesses like Silk Road and more about Bitcoin's potential.

Forecast for most progress/change in 2017: I think 2017 will be all about adoption – not just the emergence of products based on Bitcoin, but big institutions getting even more involved. The momentum that started in 2016 will continue. 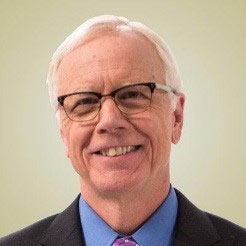 Most significant Bitcoin development in 2016: More important than the rebound in the price of Bitcoin that I was predicting for some time is the fact that the digital currency is becoming more mainstream. Ironically, it's more on the backend where the underlying technology – the blockchain – is emerging as a key tech platform in financial services.

Forecast for most progress/change in 2017: I think for the year ahead, we will see more big companies on and off Wall Street using this platform for trades and financial transactions. 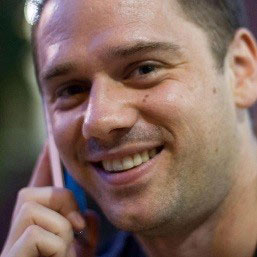 Most significant Bitcoin development in 2016: From our perspective, 2016 was the year where "tokenization" was unlocked and a new form of raising money was born. You could see first steps with crowdsales and the digital tokenization of company shares. This is what we call ICOs, or Initial Coin Offerings, where startups can promote their business ideas, and sometimes their products, directly to users/investors whilst cutting out the middle man (venture capitalists) in the process. Investors can contribute Bitcoin or other forms of digital currency to be part of what they think may be the next big thing. In an ICO, the markets decide how worthwhile the investment is, if at all, and the process is finished in around a month. On the other hand it takes at least six months to do a traditional capital raise, and at least an additional six months for a "Series A" raise.

Forecast for most progress/change in 2017: I would expand on the phrase Bitcoin universe and call it the Blockchain universe. We see in 2017, most of the progress and development won't actually happen with Bitcoin, but with other app tokens (altcoins) like Ethereum or tokens issued on top of the Ethereum platform. We have seen in the past few months new digital currencies becoming extremely popular and growing at faster rates, particularly those released on top of Ethereum, like DigiX, Golem, ICONOMI, and SingularDTV.

Bitcoin price prediction for 2017: We see a gradual rise in the price of Bitcoin, or at least market stability, but in 2017, we truly believe it will be more about mainstream adoption of app tokens. It is very important to note that in times of struggling traditional fiat currencies, the collective market capitalization of digital currencies rises significantly.

Related: A U.S. Bitcoin IPO Is Closer Than You Think 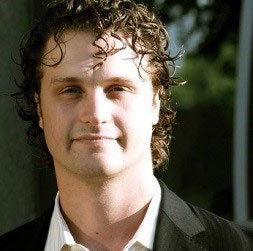 Most significant Bitcoin development in 2016: I think the biggest story of 2016 is the perseverance of Bitcoin supported by its core developers and mining community despite doomsday discussions in 2015 regarding the lack of sustainable scaling solutions to increase Bitcoin's network capacity.

Forecast for most progress/change in 2017: I think scaling concerns will be put to bed with the possible solution called Segregated Witness, or "SegWit," released this October and potentially adopted in 2017. If implemented, which requires 95% of Bitcoin miners committing, users will see lower transaction fees and miners will see higher mining incomes due to a more efficient design over the existing Bitcoin network. The existence of SegWit alone should add further confidence to Bitcoin and increase Bitcoin adoption in the year ahead.

This final group of predictions all see the price of Bitcoin going past $1,000 – and in several cases significantly so…

Influencers with the Highest Bitcoin Price Predictions for 2017

You think Bitcoin is the most useable cryptocurrency out there.. sorry I don't want to wait 10 min. For a transaction to buy a coffee.

I am deaf I would like more information about cryptocurrecy .
Thank you
Robert W

Good news finally that there will be an ETF for Bitcoin (? and Blockchain soon).
I cannot buy medical items from India without using bitcoin and charge cards don't work anymore. Annoying!!!
But – HEY- Winkelvoss twins – Congratulations! You are gorgeously handsome, rich, highly educated, members of the elite society – Just don't take your potential investors or clients to the Porcellian bike room again. I think that hurt your case re Facebook. Too elitist and rather rude. I know you. I have Harvard degrees too and am Full Professor there. But I wish you good luck and hope to ride this one to the moon.