The UK is on the verge of another energy crisis. Like clockwork, these seem to hit the country almost every year.

And it's crucial to pay attention, because what's happening over there shows the strength and opportunities of the energy market here at home.

Earlier this year, as veteran readers will remember, the Brexit vote lead to a drop in the pound sterling, causing North Sea gas being exported to storage in the EU…

Only to be bought back, at a premium, as temperatures in the UK started dropping.

But now, there's another energy crisis about to hit the UK. This one is about reliability, and the cost to British citizens may be even heavier… 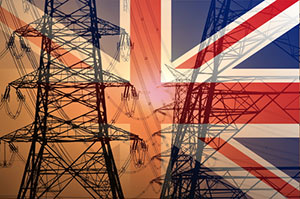 You've seen before how, reeling from an unexpected Brexit vote, London came up on the short end of natural gas rates in the trading circuit with Europe.

Longtime readers will recall that there's a "circuit" problem involving natural gas trade between the UK and hubs in Europe, especially in the Netherlands. In short, because of the dramatic post-Brexit decline in the pound sterling against the euro, North Sea gas was being purchased from UK sources by Europe at a discount and then sold back to the island nation at a nice profit.

Back then the situation was aggravated by a substantial rate hike for end users of electricity by all the power providers in the country, increases that were well beyond the rise in generating costs.

In that move, residential and commercial electricity consumers took it on the chin just as the weather grew colder.

Today's crisis is even worse…

Brits Might Have to "Sit in the Dark" This Winter

On Monday, Ofgem senior executive Andrew Wright said that some households would have to pay up to keep the lights on while "their neighbors 'sit in the dark' because not everyone will be able to use as much electricity as they want."

Ofgem is the acronym for the Office of Gas and Electricity Markets. This is a non-ministerial UK government department that also serves as an independent National Regulatory Authority, as recognized by the EU. According to its own website, the primary task of Ofgem is "to protect the interests of existing and future electricity and gas consumers."

Wright's warning, coming as it does from a top member (and former interim chair) of the agency that is supposed to protect the energy end user, does not bode well for what is unfolding in the UK.

As you've seen here before, Britain has embarked on a path of heavy reliance upon renewable energy, especially wind farms. Solar is also being introduced, although to a more limited extent.

At the same time, the country has decided to decrease coal use. That has made natural gas the "heir apparent" for the role of primary energy source in British electricity generation.

The government has also approved the first new power-producing nuclear reactor in decades. But the French-built facility is already years late, will take years longer to be completed, and is way over budget.

So the decision to phase in more wind power was initially regarded as a way of balancing the rise of natural gas as the dominant source for electricity.

Well, things haven't worked out that way, and the costs of repairing the damage will fall (as it always does) on the consumer…