Almost four months ago, you saw my predictions for where oil would be at the end of the year.

Well, both main oil price benchmarks have now reached the levels I predicted. In fact, they've been "in the zone" for more than a week now.

My estimates published at various times since September called for West Texas Intermediate (or WTI), the benchmark set daily in New York, to trade in the $52 to $54 a barrel range by the end of 2016. Meanwhile Brent, the equivalent set in London, has been trading in the expected $54 to $56 a barrel range over the same period.

The cause has been the "Vienna Accord" to cut oil production reached by OPEC and announced on Nov. 30, and the subsequent agreements with non-OPEC oil producers, notably Russia, made last week.

Of course, the crucial point in these apparent "breakthroughs" remains whether they will last... 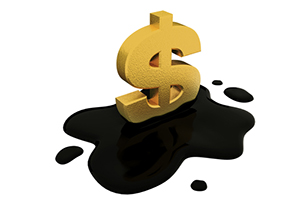 While cuts grab the headlines, Nigeria and Iran are allowed to cap at (rather than cut from) the unusually high October monthly production numbers.

Kuwait and the United Arab Emirates have already announced their cuts for January (when the "Accord" is formally set to begin). A few others from outside OPEC have announced token cuts.

However, if the Accord is to prove sustainable, a range of global and internal political matters will have to be balanced.

For example, Russian Energy Minister Alexander Novak this past weekend indicated that the 12 leading Russian production companies will create a committee to monitor production cuts. This will supposedly include state-controlled Rosneft, by far the largest oil producer in the country.

But Igor Sechin, the president of Rosneft and a political opponent of Novak, has publicly stated that the company would not cut production.

And then there are the dynamics unfolding in OPEC. I have noted before that the cartel's actual aggregate production should be coming in closer to 33.2 million barrels a day (rather than 32.5 million), given expected excess production above monthly quotas from Iraq, Libya, and Algeria.

Venezuela, one of the original five founders of OPEC and holder of the largest reserves in the world (greater than even those of Saudi Arabia), is reeling under the worst financial collapse of any cartel member. It might be expected overproduce as well in a desperate attempt just to survive.

But Caracas has lost more than 300,000 barrels a day in production already this year because national oil company PDVSA cannot afford to maintain fields and has defaulted on its bonds. Venezuela will probably have a further production decline that goes quite beyond whatever cut it is supposed to provide under the Vienna Accord.

If this overproduction causes supply to outstrip demand, and the "balance" everybody is talking about takes longer to develop, it's going to get much harder to ensure countries comply with the Accord.

Following two years of defending market share rather than price, there is no advantage for any producer to continue cutting production if others are not. Leaving oil in the ground simply gives up market share (and revenue) to someone else.

That's why Saudi Arabia once again becomes crucial to the larger OPEC picture...

The question is why the OPEC nations increased production in the first place. Energy is 5% of US GDP and about 50% of the Saudi GDP. While OPEC may have driven a few oil shale producers out of business; they cut their nations' GDPs and hurt themselves far more!