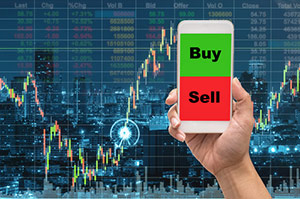 The Dow Jones Industrial Average today was pushing higher as investors continued to pile into equities.

In what will likely be a light day of trading, investors will be keeping an eye on the U.S. housing market with the release of the Pending Home Sales Index at 10 a.m.

On Tuesday, the Nasdaq closed at an all-time record thanks to a nice boost from the technology sector.

The Dow Jones Industrial Average projected a 32-point gain thanks to a strong uptick in crude oil prices and increasing expectations for the latest round of economic data.

On Tuesday, the S&P Case-Shiller index showed that home prices increased by 0.6% in October. Over the previous 12 months, U.S. home prices added more than 5.1%. In other positive news, U.S. consumer confidence in December hit its highest level since 2001.

However, investors have to keep an eye on the European markets. In bad news for the continent's massive financial sector, Europe's most dangerous bank will require a larger bailout than investors had anticipated. Monte dei Paschi, the oldest operating bank in the world, needs at least $9.2 billion to shore up its balance sheet. That figure is twice what Italian citizens and banking investors had anticipated.

Crude oil prices were rising for the fourth consecutive trading session as traders anticipate OPEC and non-OPEC nations to honor their agreement to cut excessive production. This deal will kick off on Jan. 1, and it is expected to reduce global output by roughly 1.8 million barrels per day. Earlier this week, Venezuela said it will cut 95,000 barrels each day starting on Sunday.

The price of silver today is sliding due to a strengthening U.S. dollar and the rally in the equities markets. Here's the latest outlook on silver prices from Money Morning Resource Specialist Peter Krauth.

In other news, Japanese electronics giant Panasonic Corp. (ADR) (OTC: PCRFY) and Tesla Motors Inc. (Nasdaq: TSLA) announced on Dec. 27 they will start production of solar cells in a new factory in New York. The new plant is part of a much larger revitalization of the Buffalo community.

But the big news today is President-elect Donald Trump's goal to bring jobs back to the United States. A number of companies have already announced large investments and plans to create new jobs in the nation at the onset of his inauguration.