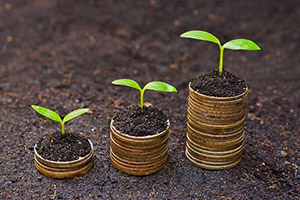 The stock market has been on a record-breaking tear this year, and that means the best stocks of 2016 saw huge gains.

The Dow Jones Industrial Average is up nearly 15% on the year and smashed through 25 record closes. If you owned these top stocks, you would have seen gains far beyond that.
To show you which stocks benefited the most from this year's rally, we've compiled a list of the top ten stocks of 2016. We based our list on the largest percentage increase in share price over the year. We're also only looking at the best stocks with a market cap of more than $1 billion, so there won't be any volatile penny stocks on this list.

Navistar International Corp (NYSE: NAV) is a U.S.-based holding company with a market cap of $2.67 billion. Navistar owns the manufacturer of the International brand of commercial trucks, buses, and other commercial engines and parts. Despite a drop in earnings per share (EPS) of $0.28 in Q3, the company's stock has performed well so far in 2016.

Mechel PAO (NYSE: MTL) is one of Russia's leading metals and mining companies with a market cap of $1.6 billion. MTL produces steel, coal, and iron ore in concentrate. Q3 earnings were reported in November, with revenue growth of 5% year over year and a $43 million loss for the quarter.

The stock only showed moderate growth in the first half of 2016, but has now skyrocketed by 20% since the Nov. 8 election. It's possible Mechel has benefited from the Trump rally because of the president-elect's friendlier stance toward Russia or because Trump opposes many environmental restrictions on fossil fuels.

Fairmount Santrol Holdings Inc. (NYSE: FMSA) is an Ohio-based supplier of sand-based products and technologies that holds one of the world's largest sand reserves. Sand products are used worldwide for oil and gas processing and are particularly useful for fracking.

With oil prices rising, investors could be attracted to companies who supply the oil drilling industry, like FMSA.
FMSA stock is trading at $11.54, with shares up 392.77% YTD. The median one-year price target for the stock is $10.75, with some estimates as high as $15.00.

Coeur Mining Inc. (NYSE: CDE) is a Chicago-based mining company extracting both silver and gold from its four mines. CDE has a market cap of $1.6 billion.

A new mining campaign in Nevada was just announced in early December, which is a sign of growth for a mining company.

United States Steel (NYSE: X) is a Pittsburgh-based steel producer with major production operations in the U.S., Canada, and central Europe. The company was founded by Andrew Carnegie in 1901 and is the largest steel company in the United States.

While U.S. Steel grew by 157% from the first of the year until Nov. 8, it's jumped 68% since the election alone. President-elect Trump's ambitious infrastructure plan could give a big boost to steel demand in 2017.

AKS is another steel stock that spiked just after election day, jumping 74% since Nov. 8.

The Chemours Co. (NYSE: CC) is an American chemical company that is a spinoff of DuPont (NYSE: DD). Headquartered in Delaware, the company manufactures and sells fluoroproducts, chemical solutions, and titanium technologies to commercial partners.