Access Your Profit Alerts
Sign Up for Money Morning and get your free report:
"The Best Stocks to Buy Now"
How to Buy Bitcoin
Twitter
Stocks: LMT, NOC, RTN 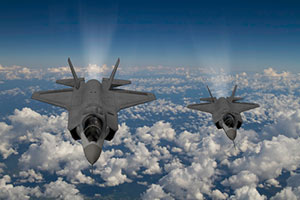 If you're looking for a growth area to invest in as 2017 rolls around, one of your best options is the defense industry.

We'll tell you the top defense stocks to buy now in just a minute. But right now, let's look at why the defense industry has incredible growth potential...

The Unstoppable Trend of War, Terrorism, and Ugliness Is Everywhere

War, Terrorism, and Ugliness is one of Money Morning Chief Investment Strategist Keith Fitz-Gerald's Unstoppable Trends. These trends are large forces that will occur no matter what. That means they won't be stopped by economic upturns and downturns, political regime changes, or other world events.

There will, unfortunately, be plenty of War, Terrorism, and Ugliness in 2017 - and extending into the foreseeable future.

Increasing numbers of people also have access to information, including ideas that might lead to more War, Terrorism, or Ugliness.

The good news is: The defense industry operates to curb aggressive military encroachment and to fight wars and terrorism.

As a result, military spending across the globe is very high. About 2.5% of the world's gross domestic product (GDP) is spent on military and defense budgets.

That equals $2 trillion. Every year. A market like that is a good place for the top defense stocks to buy now to be in terms of their current strength and future growth.

The United States leads the list of top defense spenders. The $596 billion defense budget is 37% of the entire globe's defense budget, as reported by the Stockholm International Peace Research Institute.

Next on the list? In order: China, Saudi Arabia, Russia, the United Kingdom, India, France, and Japan. The National Priorities Project states that all together, these countries spend $567 billion on defense every year.

Fitz-Gerald notes that many wars are fought to gain resources. He thinks that these companies will step up their defense spending in the future to protect these resources.

Also, many of these countries are developing fast economically. As they do, it is likely that more of their GDP will be spent on technology, including weapons and cyber tools.

Weapons for both defense and offense know no country borders. The top defense stocks to buy now are all headquartered in the United States. But several sell to countries across the globe. In addition, of course, the defense plans of President-elect Donald Trump are likely to result in increased orders.

The top defense stocks to buy now all turned in stellar performances year to date. We expect excellent performance going forward as well.

The top defense stocks to buy now have had excellent share-price performance in 2016, with double-digit advances. They stand to do very well in 2017.

Looking for the top defense stocks to buy now? Look for them no further...

Lockheed Martin Corp. (NYSE: LMT) is the largest defense company on the planet as measured in market capitalization. It's our No. 1 pick out of our top picks for several reasons. One is the breadth of its products and reach. It develops and manufactures security, defense, and technology products worldwide.

While the global GDP spent on defense is 2.5%, the United States alone spends more - around 3%. LMT garners a large amount of this spending annually.

Lockheed Martin makes, among other products, the F-35 fighter jet. It has billion-dollar contracts with the Pentagon for F-35s, and also makes F-35s for U.S. allies.

Like all our top picks, LMT stock has an excellent dividend. Its $7.28 annual dividend yields 2.87% at the current share price of $253. That's better than many sovereign country bonds, by far.

LMT stock has risen more than 16% so far this year. And Fitz-Gerald believes the stock has more to go next year.

The Top Defense Stocks to Buy Now No. 2: Raytheon Co.

Our No. 2 pick, Raytheon Co. (NYSE: RTN), is involved in engineering technology for defense systems, government electronics, and information technology. Its largest and most profitable segments are Integrated Defense Systems (IDS) and Missile Systems (MS).

IDS was just awarded a contract for $265 million to manufacture Patriot Air and Missile Defense Systems for overseas allies of the United States. IDS also recently won a $92 million contract for new additions to the radar program of the U.S. Navy.

Nearly one-third of Raytheon's top line comes from countries outside the United States. Countries in both Africa and the Middle East stock up on Raytheon's goods to defend themselves against nearby hostile territories.
So far in 2016, RTN shares are up 13.7%. Like Lockheed Martin, Raytheon has a strong dividend, at $2.93. The yield on the current $141.82 share price is 2.05%.

According to FactSet, analysts' target price on RTN averages out to be $159. That's a nearly 12% gain from today's price. Nearly three-quarters of the analysts FactSet surveyed rate RTN a "Buy."

Northrup Grumman and Lockheed Martin often work together on large projects. On the F-35 fighter jet, for example, they are paired. NOC's portion is the tracking computers, the radar, and navigational tools.

Aerospace Systems contributes the most to NOC's bottom line. In fact, its revenue is responsible for nearly 40% of the company's total. That equates to $10 billion per year, FactSet reports.

The revenue contributed by Aerospace Systems gave a major boost to NOC's Q3 earnings. Profit climbed almost 17% in the quarter.

Northrop stock has climbed more than 23% year to date. Like the other two top defense stocks to buy now, it has a robust dividend, at $3.60. The current yield is 1.54%.