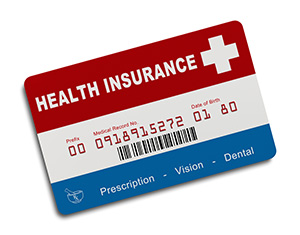 If you can afford health insurance, but choose not to buy it, you will have to pay a fee.

This fee, known as the "individual mandate," is just one of the "Obamacare penalties" that make up President Barack Obama's legacy Affordable Care Act (ACA), signed into law on March 23, 2010.

And if any of the mandates we're about to outline applies to you or your family, however, then you may find yourselves coughing up a lot of cash to Uncle Sam in the very near future with your tax return.

Three Obamacare Penalties That Could Cost You Thousands

• The Shared Responsibility Payment (SRP): This particular ACA regulation is the prime gripe of the American public when it comes to Obamacare fees.

The SRP applies to individuals without insurance coverage. If someone doesn't obtain and maintain minimum essential coverage throughout the year or obtain an exemption, he will have to make a Shared Responsibility Payment for each month without coverage or an exemption. If he does have coverage for at least one day during the taxable month, then he won't owe the payment for that month.

This particular mandate has expanded monumentally since it was first introduced in 2014. Not having health insurance in 2014 meant paying the greater of $95 or 1% of your modified adjusted gross income (MAGI). According to H&R Block that year, this worked out to an average penalty of $150 per individual.

In subsequent years, however, the penalty rocketed higher. In 2015, the SRP was the greater of $325 for individuals or 2% of their MAGIs. In 2016 it jumped all the way to the greater of $695 or 2.5% of individuals' MAGIs, which they will have to pay come tax return time this spring.

• The Wellness Program Penalty: Wellness programs, such as workplace-initiated yoga classes or smoking cessation classes, were already in existence prior to the ACA's enactment. But it was Obamacare that made them popular again, thanks in part to its primary focus on the preventative health measures it adopted and advertised to keep those insured in good health.

These preventative measures were highlighted in Obamacare's chief PR push about seven years ago as one of the biggest benefits of the program.

Suddenly, corporations and major health insurers alike were in competition, trying to out-advertise their own wellness programs – all of which were purportedly "voluntary."

But in early 2014, the Equal Employment Opportunity Commission (EEOC), which enforces workplace discrimination laws like the American with Disabilities Act and the Genetic Information Nondiscrimination Act (GINA), took notice of increasing employer incentives with regard to wellness programs they offered. Some companies were apparently penalizing employees for not signing up for such programs.

So the EEOC began aggressively filing cases against those companies. This seemed like a big victory for those who felt targeted by these "wellness programs" – working individuals, for example, with "pre-existing conditions" and/or major health issues that were unavoidable.

Unfortunately, on April 20, 2014, the EEOC issued proposed rules on how the ADA and GINA should be interpreted with regard to employer wellness programs. Suddenly, penalties were back in.

And now punishing employees for their poor health decisions is perfectly legal under Obamacare. According to Obamacare provisions outlined in 2014, employers can charge employees an extra 30% of the total cost (employer and employee portions) of individual or family health benefits coverage if they don't meet specific wellness goals, including body mass index (BMI). This does not apply, however, to those with pre-existing conditions or major health conditions such as cancer or diabetes.

Still, this new 30% fine was up from the previous 20% fine, which was imposed in 2006 and permitted under Health Insurance Portability and Accountability Act (HIPAA) regulations.

Yes, prior to the ACA, wellness fines were already being imposed by the government via health insurance companies and big corporations. But thanks to the ACA, their imposition, as well as their popularity, sprang to the forefront again.

• The Obamacare Marriage Penalty: The marriage penalty results largely from the fact that the combined salaries of couples can push them out of the range of eligibility for certain ACA tax credits. If they were unmarried and their paychecks were treated separately, they might qualify for these credits.

For example, to be eligible for certain ACA credits at tax time, your income must be between the poverty level for your household size and four times that amount. The higher your income is, the smaller the subsidy is you'd qualify for.

The federal poverty level of a one-person household is $11,880, while for a two-person household it's $16,020. So take a couple whose combined incomes equal $40,000 and who also don't have access to employer-sponsored insurance. Both partners are 35, each makes $20,000 and they don't have kids.

If they were single, each person would be closer to the one-person household poverty level of $11,880 than to four times that amount ($47,520). As a married couple, with a combined income of $40,000, they are farther up the scale – which ranges from $16,020 to $64,080. That means as singles, they would pay nearly $1,300 less for two silver-level individual plans in the exchanges than if they were married.

The actual marriage penalty in the ACA is calculated like the SRP is calculated. You and your spouse pay the higher of the following methods for 2016 in this year's tax returns if you're penalized:

Now there is some good news regarding these ACA penalties in that there are more than a dozen ways to get out of paying them.

Here's a look at the exemptions you could qualify for…