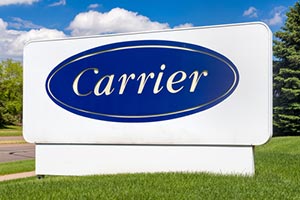 A key principal of President-elect Donald Trump's campaign was to keep American jobs at home.

Throughout his push for the presidency, Trump threatened to inflict a severe 35% tariff on any company that tried to move its facilities - and American jobs - to Mexico.

Trump then claimed victory on behalf of American factory workers on Dec. 1, 2016, when Indianapolis-based air-conditioning company Carrier and its parent corporation, United Technologies Corp. (NYSE: UTX), announced a deal to keep about 1,000 manufacturing jobs in the U.S. instead of outsourcing them south of the border.

But if Trump plans to repeat this kind of deal over and over again to save the nation's 12.3 million manufacturing jobs, he's in for a real challenge....

That's because manufacturing jobs like these aren't going to be lost to foreign countries...

They're going to disappear entirely.

The Illusion of American Jobs Being Saved

So far, Trump has had success keeping American jobs at home by offering a mix of shame, praise, and tax incentives to companies that are considering leaving the country.

Shares of Ford Motor Co. (NYSE: F) slipped 2% -- from $12.80 to $12.52 - in just two days after Trump chastised the company in April 2016 for considering outsourcing in the first place. The then-GOP presidential hopeful called the company's decision to manufacture in Mexico "an absolute disgrace" in an e-mail to Reuters on April 5.

When Ford reversed its decision, Trump turned around and heaped praises upon the company...

All eyes are still on GM to see if it, too, will change its decision in light of Trump's public shaming.

But all of this coaxing and castigating combined won't help the Trump administration's pro-manufacturing job cause.

Because even if such jobs remain on U.S. soil, the work will still be outsourced -- to robots...

The Truth About American Jobs

Automation is the biggest driver of manufacturing job cuts in America.

"Eight out of every ten manufacturing jobs lost [in 2016] were due to robotics, computerization on the work floor, more advanced machineries, or artificial intelligence - all of these things work together," Michael Hicks, an economist at Ball State University, told The Atlantic on Dec. 30, 2016.

Not only are these manufacturing jobs being replaced by robots, but the amount of jobs are actually shrinking in size each year. This is simply because robots can perform several factory jobs at one time. The U.S. has seen 5 million factory jobs vanish since 2000 because of this, reported Fortune on Nov. 8, 2016.

At the same time, there has been no downturn in factory output, even with fewer jobs. In fact, U.S. production has been on an upward swing in the past decade.

The study also reports that 88% of the factory jobs lost during that same span of time were replaced by automation.

If you look at this trend on a larger scale, stats from a Nov. 21 report by The Brookings Institution show that, in 1980, it took 25 workers to generate $1 million in manufacturing output in America.

Today, however, it takes only 6.5 workers to generate the same amount.

These varying shifts toward automation are inevitable. And what Trump's Carrier deal overshadowed was this grim fact...

Four days after the president-elect claimed victory with negotiations in the Hoosier State, on Dec. 5, United Technologies CEO Greg Hayes admitted to CNBC's Jim Cramer that the $16 million investment - the money saved by keeping Carrier's jobs on U.S. soil -- was actually going to be used for automation, meaning jobs were still going to be cut.

"We're going to make a $16 million investment in that factory in Indianapolis to automate, to drive the costs down so that we can continue to be competitive," Hayes said. "That ultimately means that there will be fewer jobs."

Up Next: Everybody's Chatting - with the Bots That Could Make You 115%

i sent my comment in but it disappeared because you though that i was/am a robot. so much for robots. you obviously don't like them lol.

How will people survive with no jobs? Who will buy the products made by robots if people don't have the money?

Then it's time to either end robots or keep our money in our pockets and don't buy from companies that choose robots over people and put our money in things that are not part of auto industry or any industry that do robots plain answer simple.Just watch what you buy and who will get paid.And walk away we can come up with food but can they come up with our money in their pockets this was our year for New Car but no thank you will keep both paid off cars.Hope you go broke then pay God his due when you die.