Before we get to our specific picks, here's why 2017 is shaping up to be a profitable year for oil stocks... 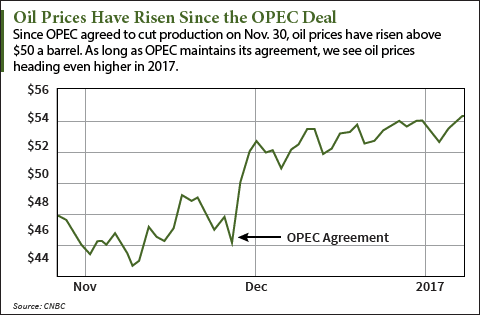 With the climate looking brighter for oil, these are our best oil stocks to buy in 2017...