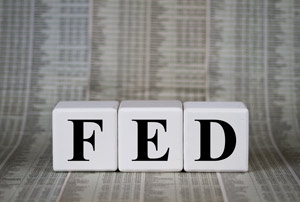 Monday is another busy day of earnings reports and economic data...

On Friday, the Dow came within less than a point of 20,000 during the trading session as investors parsed though another round of economic data. The U.S. Labor Department announced the official unemployment rate in December rose slightly to 4.7% and that the U.S. economy added 156,000 jobs for the month. In addition, weekly wage growth showed its strongest uptick since 2009.

The Dow projected a 36-point decline in premarket hours as investors prepare for another busy day of earnings reports and economic data.

Investors will be turning their attention back to the Federal Reserve as three members of the central bank take to the podium to discuss monetary policy, the U.S. economy, and more. The speeches come days after the central bank released minutes of its December FOMC meeting. The minutes revealed that the Fed is concerned about an overheating economy due to the expected policies of the next administration in Washington.

On Friday, investors got a peek of what to expect from these speeches. First, Chicago Fed President Charles Evans said that he expects the central bank to raise interest rates at least three times in 2017. The statement is the latest hint that the central bank will be more hawkish in the year ahead. Second, Fed Governor Jerome Powell said Friday that the proposed tax cuts, corporate reform, and additional deregulatory steps could take pressure off the Fed, which has been the center of market attention for the last decade.

President-elect Donald Trump is in the news after numerous conflicts of interest have been brought to attention. On Thursday, The Wall Street Journal reported that multiple conflicts of interest specifically relate to Trump's debt, such as 1) the institutions to which he owes money, and 2) the amount of money he actually has left to pay. Money Morning digs into the story, finding that Trump owes money to more than 100 businesses. That could create a lot of problems for the 45th president in the years ahead. Here's what you need to know.

In oil price news today, crude prices were falling on news that Iranian crude tanker exports are on the rise and Baker Hughes Inc. (NYSE: BHI) has announced that the domestic rig count increased during the final week of 2016. It was the 10th consecutive week that U.S. crude production activity increased.

The news on Iran is not surprising to regular readers of Money Morning. While the mainstream press has been infatuated with Saudi Arabia's announcement that it had alerted customers of its planned production cuts, Money Morning Global Energy Strategist Dr. Kent Moors told investors to keep a keen eye on Iran's energy infrastructure and its newest oil contract. Be sure to read Kent's latest insight on Iran to learn how it will impact the upcoming OPEC meeting in Austria, Vienna, at the end of the month. Check it out, right here.

Money Morning reports that Republicans from the 40-member Freedom Caucus have already taken collective first steps to cut and repeal Obamacare in January. But doing so will require a process that will add a staggering $9.7 trillion in new debt to the U.S. economy.

That means that by 2026, the national debt could reach an unfathomable $29.1 trillion.

Sen. Rand Paul (R-KY) is standing up to this madness. In an interview on Thursday, Sen. Paul told reporters, "I want to make sure that conservatives in the House know that together we can have some power and impact on what the budget will be. It should be a conservative document that should not add $9.7 trillion to the debt over 10 years."

Looking forward, this is going to be a very important story to both your wallet and the economic health of the United States. Stay tuned to Money Morning for more updates on Obamacare repeal and how you can protect your finances moving forward.