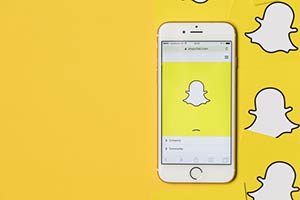 The Snapchat IPO is one of the most anticipated of 2017, but a new Snapchat lawsuit is threating the validity of Snapchat's public offering.

According to the lawsuit, inflating the metrics was a calculated effort to boost the appeal of Snapchat stock.

After alerting Snapchat managers about the inflated metrics and refusing to share Facebook information, Pompliano was fired after just three weeks, according to the lawsuit.

According to Fortune, Snapchat said on Jan. 5 the lawsuit is "totally made up by a disgruntled former employee."

If Snapchat were inflating its numbers, it's unlikely company officials would share that information with an employee who had worked for the company less than a month.

But even the idea of Snapchat inflating numbers could scare away advertisers, which could make the Snapchat IPO a flop...

Could the Snapchat Lawsuit Stop a Successful Snapchat IPO? 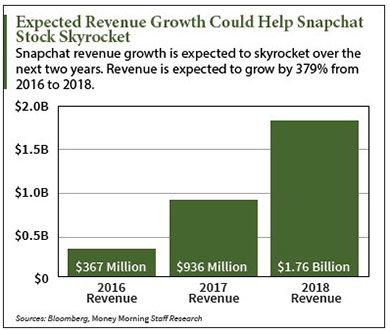 Snapchat's lofty $25 billion valuation is based on its ability to grow ad revenue.

For example, Snapchat reportedly generated just $3.1 million in revenue in 2014. But according to Bloomberg projections, Snapchat could generate $1.76 billion in 2018.

That growth will continue to be the biggest story heading into the Snapchat IPO, but this recent lawsuit news can't be ignored, either.

Of course, Money Morning has been warning our readers about the Snapchat IPO since November 2016.

On Nov. 21, 2016, Chief Investment Strategist Keith Fitz-Gerald said, "Snapchat may be the single most dangerous IPO in history."

The Snapchat IPO Could Disappoint Most Investors

According to Fitz-Gerald, Snapchat is way overvalued at $25 billion.

"The goal is to make any valuation they come up with seem as high as possible no matter how cooked up or absurd it is. The reason they do that is because that's how you create the illusion that a company is mature and credible when it comes to attracting desperately needed talent, business partners and - ta da - more funding," Fitz-Gerald said.

That's too pricey for value investors.

However, that still won't deter some retail investors from investing in Snapchat stock. Some investors will have FOMO (fear of missing out) on the Snapchat IPO date, and they will invest in Snapchat just based on the hype.

But it's never retail investors who make the most money from an IPO...

Wealthy insiders and large institutions always make the most money. Take the IPO of Twilio Inc. (NYSE: TWLO), for example. Shares of the tech company were offered to wealthy investors for $15 per share before the public could invest.

But some retail investors aren't so lucky...

That's why any investor still interested in the Snapchat IPO needs to think through their goals and their individual risk tolerance.

To help answer all of your Snapchat questions, we put together a guide that covers everything you need to know as the Snapchat IPO date approaches.