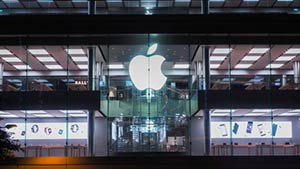 Wednesday, markets reacted to President-elect Donald Trump's first press conference since well before his Election Day victory. Drug companies were walloped after Trump said pharmaceutical companies are "getting away with murder."

The healthcare stocks in the S&P 500 finished the session down 1%, making them the worst-performing sector in the broader benchmark. Biotech stocks fared worse, with the iShares Nasdaq Biotechnology ETF (Nasdaq: IBB) dropping 3%.

Today, Fedspeak is expected to have an impact on markets. Five central bank officials, including Chair Janet Yellen, are speaking at various events.

Twitter stock fell 1% to $17.09 in early trading after Pivotal Research downgraded the microblogging platform to "Hold" from "Buy."

The firm cited higher cost of capital, as well as a decreasing likelihood that the company will receive a buyout offer. Twitter moved higher in late 2016 amid chatter of a takeover, but those prospects have since faded.

Earlier this month, Aegis initiated coverage of Twitter with a "Sell" rating and $14 price target.

Net income at the No. 2 carrier by passenger traffic fell to $622 million from $980 million a year earlier. Earnings per share (EPS) of $0.82 met consensus estimates.

Operating revenue fell to $9.46 billion from $9.50 billion, slightly above the analysts' average estimate of $9.40 billion.

Delta's projections for passenger unit revenue, a closely watched metric, provided hope going forward. Delta sees this measure flat to up 2% in early 2017. That would mark the end of a two-year decline in that metric.

Apple stock is down more than 1% today following a report from The Wall Street Journal that the company is prepping for a big push into original video content. Such a move would pit Apple against Netflix Inc. (Nasdaq: NFLX) and Amazon.com Inc. (Nasdaq: AMZN), two major players in the on-demand media space.

Apple showed it has an interest in original content last summer when it purchased the "Carpool Karaoke" TV series featuring James Corden.

The iPhone maker is reportedly planning to bundle original video content with its Apple Music subscription service by the end of 2017. Apple has been in talks with seasoned producers about original TV and movies.

A foray into original content would buoy Apple's services business, which is becoming an increasingly important area for the tech giant. As its hardware unit slows and the smartphone market becomes even more saturated, Apple needs a new healthy revenue stream.

Aside from the Apple Watch, the company hasn't debuted a significant new product since Tim Cook took the helm in 2011.