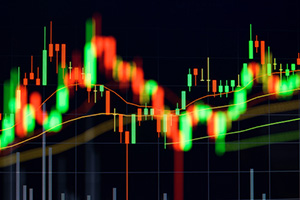 Now, here's a look at today's most important market events and stocks, plus a preview of Tuesday's economic calendar (reminder: markets are closed Monday).

The Dow Jones slipped five points Friday despite a strong performance from banking stocks as the markets officially kicked off earnings season.

Trending Now: The Best Stocks to Buy for January 2017

In addition to a big round of earnings numbers, it was a busy day of economic data. Wholesale prices increased by 0.3% in December, while the Producer Price Index rose 1.6 % in 2016. Finally, the economy saw a 0.6% bump in retail prices in December. That uptick reflects a strengthening economy and increasing consumer confidence in the wake of the Nov. 8 election.

Crude oil prices were falling due to uncertainty about whether OPEC countries will honor their commitment to cap excessive production. Despite expectations that OPEC and 11 non-OPEC nations will continue their cuts ahead of a meeting in Vienna, Austria, later this month, traders were also reacting to weak economic data in China.

This afternoon, Baker Hughes Inc. (NYSE: BHI) announced that the number of production rigs in operation fell for the first time over in 11 weeks. The domestic rig count decreased by seven last week to a total of 522. By comparison, there were 515 operating rigs at the same time last year.

But the big story is still the Affordable Care Act.

On Thursday, Rep. Paul Ryan (R-WI) said that the GOP would repeal and replace Obamacare. The statement comes after the U.S. Senate took its first steps toward repealing the law after it passed a new budget by 51 votes to 48 votes. But the deal is far from done.

As Money Morning explains, there are several Republicans who could kill the Obamacare repeal process. That's because ACA repeal could add $9.7 trillion to the national debt over the next decade. Here's how...