Stocks are "back in the box," essentially flat for now. This sideways motion is a little disappointing, because I for one was hoping for a nice pile-on close to 20,000 that would have sent us on another leg higher.

I'm sure we'll get there eventually. Right now it's cabinet confirmation time; markets are sitting back and watching the show.

But so far, nobody and nothing has been able to rattle the market.

Every time stocks look like they've grown tired of trying to climb higher or look like they may even be struggling a little to stay flat, they catch a bid and hang tough.

I think that's a very good sign, but that doesn't mean there's nothing to do...

Why I Think the Markets Will Move Higher 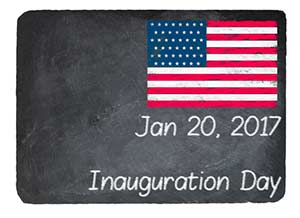 When you consider the improving strength of the economy and mood of investors alongside prospects for future growth and wealth generation, the markets' path of least resistance is: up.

There's not much above our heads but thin blue air right now, and I'd say anyone who says otherwise just isn't reading it right.

Besides, if we were really positioned for any kind of significant move to the downside, we would have seen a couple of back-to-back drops amounting to one or two percent. That's what it looks like when there's a "bid" under the market, and of course that hasn't happened.

Instead, we're hanging out in a strip of a no-man's land until we get more clarity on the Trump Train.

No problem. There's an old traders' adage that says "the trend is your friend," even if that trend just isn't doing much at the moment.

Still, it's never wise to discount altogether the possibility something (likely news or some event happening outside the United States) could shake bullish confidence.

But that event would almost by definition have to be a "Dinosaur Killer," with an extraordinarily heavy impact, and I'm having an awfully hard time imagining what that might be.

U.S. consumer confidence reported last week is just barely off 13-year highs. Investor sentiment is right there with it on the top shelf - CNN Money's Fear & Greed Index sits firmly in "Greed" territory. These are not signs of skittish or fragile weakness.

So we're left with "the trend is your friend," and this trend is telling me to get ready, to hang loose and paddle around gently until the next wave starts to shape up.

Let me show you what that means.

Your missing the most obvious sign of coming trouble. Trump isn't a train – he's a train wreck. It's not if he's going to go off the rails- it's where and when. He has so many options to screw up – it's what we poker players call a "lock".
Stop luring op[timists into a pit that's surely going to yawn wide open. It's irresponsible.