The Dow Jones Industrial Average today was ticking higher as markets prepared for another busy day of earnings and a statement from U.S. Federal Reserve Chair Janet Yellen. 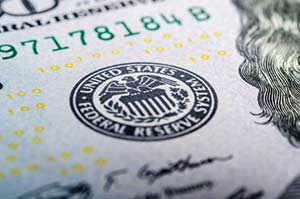 Global stock markets were mixed overnight. The global markets are taking a wait-and-see approach as the world prepares for the inauguration of President-elect Donald Trump.

On Tuesday, the Dow Jones slipped 58 points after traders digested the latest statements from President-elect Trump on the strength of the U.S. dollar and his views on drug prices.

The Dow Jones Industrial Average projected a 31-point gain as investors parse through earnings reports from a number of blue-chip companies and the markets prepare for statements from Fed Chair Janet Yellen. The central bank leader is expected to comment on monetary policy in the era of President-elect Donald Trump. The Fed has signaled that it will consider at least three interest rate hikes in 2017. Traders are looking for validity.

Fourth-quarter 2016 earnings reports begin in earnest this week. Given the "Trump Bump" that played out from November through the new year, and the incoming administration's regulatory stance, most analysts expect financials to be the standout performers.

We happen to agree this time, but with a big difference. Here's what you need to know.

But the big story is happening in the retail industry.

Shares of Target Corp. (NYSE: TGT) fell nearly 4% in pre-market hours after the retail giant reported a big drop in sales during the holiday season. The firm also slashed its fourth-quarter earnings forecast. The news was so damaging that it fueled a 1% decline in shares of rival Wal-Mart Stores Inc. (NYSE: WMT)

Act Now: How a 26(f) Program Can Save Your Retirement

Don't Miss: A completely unique gold play is forming in the markets. And it's so rare that it's only the third time in 20 years that it's happened. If you get in now, you could see a share of upwards of $13 billion in cash windfalls. Read more...