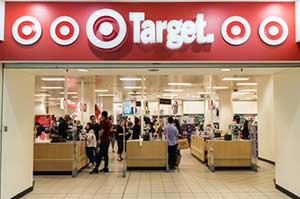 Earnings continue to be the current major catalyst for stocks, and earnings are moving our three stocks to watch today...

Citigroup stock slipped 0.5% to $58.12 in morning trading on mixed Q4 2016 results. The NY-based bank beat earnings per share (EPS) estimates but came up short on revenue.

Trading revenue, which was expected to be robust given increased market volatility, was $3.26 billion. That missed analysts' expectations of $3.44 billion. Fixed-income revenue also came up short at $2.21 billion versus the $2.83 billion expected.

Financial stocks, including Citi, have pulled back this week. Yet the sector remains the best performer in the S&P 500 since the U.S. presidential election with gains of more than 17.5%. Citi shares are up nearly 17% over that time.

The New York-headquartered global firm posted a profit of $2.35 billion, or $5.08 a share. That compares with $1.27 a share in the same quarter a year ago, when the firm reached a $5 billion settlement with the Department of Justice over mortgage-bond practices.

Three of its four major business lines reported higher revenue than in 2015.

Goldman gets the bulk of its revenue from its securities business, where it buys and​ sells stocks, bonds, currencies, and other assets for clients. That business typically accounts for half of Goldman's revenue, although large capital charges diminish its contributions to earnings.

Revenue in the securities business rose 25% to $3.6 billion from $2.88 billion last year. Stock trading revenue fell 9.2% to $1.59 billion from $1.76 billion in the year-earlier quarter, while fees from fixed-income trading, which includes bonds, commodities, and currencies, rose 78% to $2 billion from $1.12 billion the year before.

Goldman shares are up 30% since Election Day. GS stock has been a major driver of the Dow's run toward 20,000 due to its heavy weighting on the blue-chip benchmark.

Shares of discount retailer Target Corp. sank 5.09% to $67.38 in early trading after the company issued a profit warning on soft holiday sales.