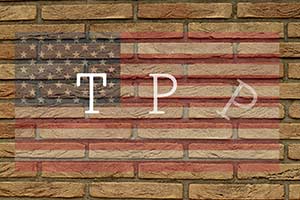 The president's executive order to pull out of the Trans-Pacific Partnership (TPP) trade deal recharged fears that the new administration will continue to push protectionist policies.

The executive order to withdraw from the TPP fulfills an early campaign promise by Trump. The president has also pledged to renegotiate the North American Free Trade Agreement (NAFTA) with Mexico and Canada. The president will also meet with British Prime Minister Theresa May to discuss a potential trade pact between the countries.

The announcement came the same day that Trump told the press his administration can cut federal regulations by 75% or "maybe more."

Money Morning Global Energy Strategist Dr. Kent Moors has been covering the impact of OPEC's deal to cap excessive production. Moors explains that the accord is expected to hold. However, there is a lot of downside now for the world's largest energy cartel. Here's what to expect from the OPEC deal in the future.

Traders are still reacting to Friday's announcement by Baker Hughes Inc. (NYSE: BHI) that the number of production rigs jumped by their highest levels in four months. The push above $50 per barrel in recent months has allowed many shale producers to bring operations back online.

The oil field services sector had an even more difficult day after Halliburton Co. (NYSE: HAL) announced a massive quarterly loss. The firm lost $4 billion when its planned takeover of Baker Hughes fell through at the end of 2016. HAL stock fell 2.6%, while shares of rival Schlumberger Ltd. (NYSE: SLB) dipped 2.5%.

But the big story is President Trump's meeting today with 12 big-name CEOs from across the nation to restate his administration's corporate tax cut promises. But it wasn't the business-friendly promises that generated the most headlines.

The new president said he is serious about imposing a significant "border tax" on companies that move production away from the United States.

Uncertainty about Trump's regulatory schemes has many investors sitting on the sideline right now and taking a "wait and see" approach.

But Money Morning Technical Trading Specialist D.R. Barton says that you can make a lot of money due to other people's uncertainty. Barton sat down with Money Morning Executive Editor Bill Patalon to discuss one such trade this weekend.

Check out how you can make money this week, right here.