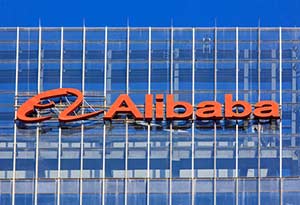 And while Money Morning is bullish on the long-term outlook of BABA stock, investors want to know what to expect in the short term.

Ahead of the Q3 2017 Alibaba earnings report, here are five things to watch…

What to Watch in BABA Earnings No. 5: Alibaba Cloud Revenue

According to The Wall Street Journal, Alibaba is the largest provider of cloud services in China through its AliCloud service.

And while Alibaba has a market share of roughly 40% in China right now, the company wants to expand across the globe…

According to its website, AliCloud has 651,000 paying customers and 2.3 million customers worldwide.

For Q3 2017, BABA shareholders should watch the revenue and losses from the cloud division.

What to Watch in BABA Earnings No. 4: Counterfeit Goods Report

But because of complaints about Alibaba selling fake goods, that could be difficult…

In December 2016, the U.S. Trade Representative placed Alibaba on its list of global marketplaces known for selling pirated and counterfeit products.

Alibaba hasn't been on the list since 2012, according to Investors.com.

BABA shareholders should watch what the company has to say about the list, and what it plans to do to counter the sale of fake products.

What to Watch in BABA Earnings No. 3: Integrating Offline and Online Sales

But because of increased online competition from JD.com and small startups, Alibaba is looking to integrate offline and online selling for long-term growth.

In November 2016, Alibaba announced it planned to invest $305 million in Sanjang Shopping Club. That gave BABA a 32% stake in the discount supermarket, which operates 160 stores across the eastern Chinese province of Zhejiang.

According to Forbes, 40% of Chinese consumers bought groceries online between 2014 and 2015.

But how will offline sales help Alibaba?

By analyzing offline grocery purchases, Alibaba will be able to improve its online offerings.

Amazon.com Inc. (Nasdaq: AMZN) has a similar strategy. Amazon is building physical bookstores and grocery stores. Amazon can use its online data to tell what books are popular in a certain area and order an appropriate amount of inventory.

BABA shareholders should watch for further news on how BABA's integration strategy has worked in Q3.

What to Watch in BABA Earnings No. 2: Singles' Day Sales

In the 1990s, single Chinese individuals celebrated "Singles' Day" as an anti-Valentine's Day, according to CNBC.

Then in 2009, Alibaba started to promote discounted products and sales for the holiday. Now, more than 14,000 international brands participate in Singles' Day.

For 2016, Ma enlisted celebrities to increase sales for Singles' Day across the globe.

And the appearances seemed to pay off…

Shareholders will want to pay attention to any additional information about this year's Singles' Day, as well as any projections for Singles' Day 2017.

What to Watch in BABA Earnings No. 1: EPS and Revenue

But even though Alibaba beat expectations, the stock price still fell. Investors are still worried about an SEC probe that was announced by BABA in May 2016.

According to WSJ, the SEC is reviewing Alibaba's accounting practices for a delivery affiliate, its operating data for its Singles' Day, and "related party transactions."

A positive report from the company could send the stock price higher, while a negative report would send shares lower.