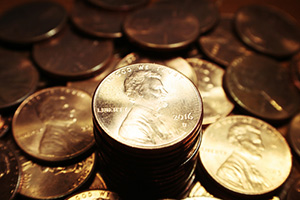 With that in mind, let's look at these penny stocks, including the best-performing penny stock in January that's up nearly 285%...

Biocept Inc. (Nasdaq: BIOC) is a San Diego-based company developing a diagnostic test called a "liquid biopsy." This test differs from other cancer diagnostic tests because it checks for tumor cells in the blood rather than the tissue. Biocept was founded in 1997 and has a market cap of $26.2 million. Shares of Biocept shot up 50% on Jan. 11 after the company inked an insurance provider agreement with the Texas branch of Blue Cross Blue Shield - the biggest health benefits provider in the state. As of Jan. 26, BIOC stock is up 105.9% to $1.58 in January. However, it's down 62.5% over the last year.

Now, here's the best-performing penny stock of January, which has skyrocketed 284.8% and could go much higher in February...