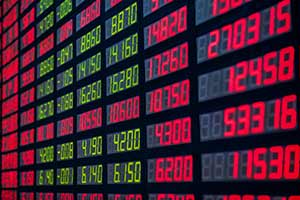 Markets were on the rise as the post-election rally continued this week. The markets experienced their best two-day performance in roughly seven weeks. The Nasdaq, Dow Jones, and the S&P 500 were projected to have weekly gains.

On Thursday, the Dow gained 32 points and stayed above the 20,000 level as investors cheered President Donald Trump's pro-growth economic proposals.

The Dow Jones Industrial Average projected a 10-point decline as investors put Prime Minister Theresa May's meeting with President Donald Trump in focus. The two world leaders are expected to meet and discuss a bilateral trade deal, but markets are more interested in any potential statements about her country's planned departure from the European Union.

Markets are also reacting to the weak GDP report for the United States in the fourth quarter. The U.S. economy had its worst final quarter in five years, yielding just 1.9%. The weak report was a downer for investors who were optimistic about President Trump's economic plans to spur growth. In addition to the lackluster growth report, durable goods orders declined 0.4%.

Markets will be looking out for January consumer sentiment data later this morning.

Crude oil prices were sliding as traders focused on rising U.S. production. Oil prices had been rising in recent weeks due to increased expectations that OPEC would hit its planned cuts to halt excessive production.

However, the Energy Information Administration indicated this week that U.S. shale producers are bringing their own production back online. Crude prices have been a bit volatile in recent weeks as the ongoing battle between OPEC and U.S. crude producers continues. Investors need to learn more about why U.S. production will keep rising.

But the big story is the fracture of relations between Mexico and the United States.

Since the onset of his pursuit of the White House, President Donald Trump has told Americans that he will build a wall between the two countries in order to stop undocumented migrants from coming into the United States. On Thursday, he showed just how serious he is about the project. What's more, Trump has sworn that Mexico will pay for the wall.

"The U.S. has a 60-billion-dollar trade deficit with Mexico," Trump wrote Thursday. "It has been a one-sided deal from the beginning of NAFTA with massive numbers of jobs and companies lost. If Mexico is unwilling to pay for the badly needed wall, then it would be better to cancel the upcoming meeting."

The total price tag is estimated to between $12 and $15 billion dollars.

The border wall could be a serious roadblock in the U.S.'s ability to get Mexico to sit down and renegotiate NAFTA. But one thing is for sure: President Trump renegotiating NAFTA has become a major priority for the White House.

So, how can Trump bring Mexico and Canada to the negotiating table? And more importantly, how would the new trade agreements impact your wallet? We answer both of those questions, right here.