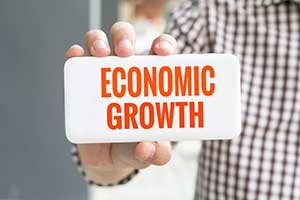 The Dow Jones Industrial Average today slipped but still held above the 20,000 level. The index moved lower on news that Q4 GDP growth cooled and earnings reports failed to perform up to Wall Street analyst expectations.

CVX shares were the largest weight on the Dow Jones and S&P 500 during the trading session.

The Dow Jones slipped seven points thanks to weaker U.S. economic data and mixed earnings results for the December-ending quarter.

Gold prices climbed 0.01% Friday, and some fear gold prices will drop or remain stagnant. But in a recent report, Money Morning Resource Strategist Peter Krauth outlines a very bullish prediction for gold prices in the months ahead. Read it, right here.

Crude oil prices were falling after Baker Hughes Inc. (NYSE: BHI) reported that U.S. production rigs increased last week. According to the weekly production report, the number of domestic rigs increased by 15. The increase is a reaction to rising crude prices and falling production costs.

Weak economic data also played into Friday's decline in crude prices. Crude prices had been rising in recent weeks due to increased optimism that OPEC members will commit to production cuts. OPEC and Mexico and Russia have committed to cutting 1.8 million barrels per day (bpd) in the first half of 2016. However, expected increases in U.S. production are still raising concerns about oversupply in the markets.

But the big news today is President Donald Trump's first official press conference with a foreign leader since he took office. This afternoon, Trump met with British Prime Minister Theresa May to discuss bilateral trade. With May visiting, there is a lot of speculation over her nation's plans to depart the European Union in 2017. A closer relationship between Britain and the United States has the capacity to provide May with greater leverage over the world's largest economic bloc.

Trump will speak with the leaders of France, Germany, and Russia over the weekend.