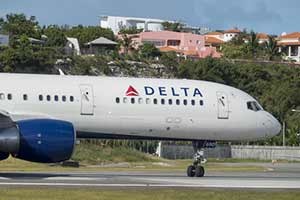 Economic data is unlikely to move the markets as much as the volatility from the immigration ban that was signed by President Trump on Friday. Since the ban went into effect, tech giants like Facebook Inc. (Nasdaq: FB) and Alphabet Inc. (Nasdaq: GOOGL) have been speaking out against the ban and pointing to their workforce as evidence of the innocent people being affected.

Air Transport Services stock is up 9.73% this morning despite lowering its 2017 earnings before interest, tax, depreciation, and amortization (EBITDA) estimates.

ATSG is a holding company that specializes in airline operations, aircraft leases, and maintenance and support services for aircraft.

The company announced that it expects EBITDA for Q4 of fiscal year 2016 to be $56 million. This is a decrease of $7 million from previous expectations.

Air Transport cites a work stoppage from its subsidiary, ABX Air, in November as the cause of the lowered estimates.

Despite lower estimates for the quarter, the company has been growing at 25% or more year over year for the past three years. The president and CEO of Air Transport Services Group says that the company has seen "significant gains" in 2016.

Tempur Sealy stock is down over 25% in pre-market trading after the company announced it no longer has a contract with Mattress Firm.

Tempur Sealy is finalizing plans to reorganize employees and resources to support retail outlets that have a long-term commitment to the brand. The company says the move will help long-term value to stakeholders.

Delta Air stock is down almost 2% in pre-market trading after computer issues grounded flights on Sunday.

The computer issues lasted for two-and-a-half hours and grounded about 170 domestic flights. Almost half of the grounded flights have been rescheduled for today, but more cancellations are a possibility.

This is the second major airline that was forced to ground flights this month due to computer failure.