It's going to be a very busy data day for the U.S. markets Wednesday. The Federal Reserve's FOMC meeting that began Tuesday morning ends Wednesday afternoon with a statement. No change in U.S. interest rates or monetary policy is expected. However, the wording of today's FOMC statement will be closely scrutinized for clues regarding the future path of monetary policy.

In overnight news, the Euro zone January manufacturing purchasing managers index (PMI) came in at 55.2 versus 54.9 in December. The January number was just above market expectations. Any reading above 50.0 suggests growth in the sector. 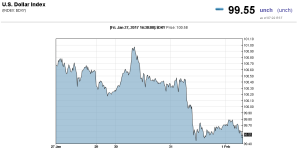 The U.S. dollar index is slightly higher in early U.S. trading Wednesday, after dropping to a six-week low on Tuesday. President Trump made comments Tuesday that suggested he wants to see a depreciating greenback on world currency markets.

The other key "outside market" on Wednesday sees Nymex crude oil prices trading firmer. After one-month of curtailing its collective crude oil output, the OPEC oil cartel has appeared to help stabilize world oil prices, which are trading between $50 and $55 a barrel in Nymex futures.

Traders are also starting to look just ahead to Friday's U.S. employment report for January from the Labor Department. The key non-farm payrolls number of the report is expected to come in at up 175,000. 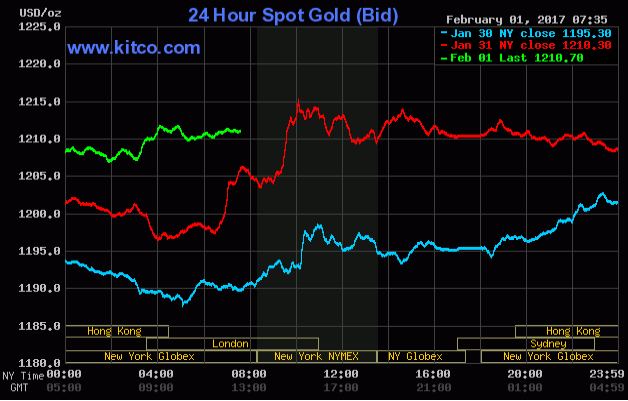