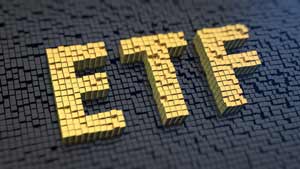 The first Bitcoin ETF has a chance to win approval from the Securities and Exchange Commission (SEC) as soon as March 11 - just five weeks away.

A Bitcoin ETF (exchange-traded fund) would be a huge deal. Needham & Co. analyst Spencer Bogart estimated last month that the first Bitcoin ETF would attract $300 million in its first week of trading.

In his Jan. 10 note, Bogart said a Bitcoin ETF would "drive the price of Bitcoin up significantly," although he didn't give a price target. In a previous report, Bogart forecast the increasing adoption of the digital currency would push the Bitcoin price to $17,473 by 2025.

But most experts (including Bogart) see a March approval as unlikely. They cite reasons like the newness of the digital currency, the unsettled regulatory environment, volatility, China's dominance in Bitcoin trading, and that Bitcoin doesn't exist in physical form.

And yet several mitigating factors could nudge the SEC to approve the first Bitcoin ETF in March anyway.

Before we get to those, here's where things stand now...

Who's Ahead in the Race for the First Bitcoin ETF

Last July, the second contender, the SolidX Bitcoin ETF, filed its S-1 form with the SEC. The last day for approval of SolidX's request for a rule change is March 30.

The third contender, the Bitcoin Investment Trust, has been trading on the OTC market since May 2015 but as a fund for accredited investors.

Last month, the Bitcoin Investment Trust filed with the SEC to become a full-fledged Bitcoin ETF that would trade on the New York Stock Exchange. BIT's recent filing means any SEC approval is several months away.

While such activity might seem to bode well for SEC approval of at least one Bitcoin ETF, the prevailing thinking is that it's a very long shot.

Bogart puts the odds at less than 25%. He cited the "fear, uncertainty, and doubt" surrounding Bitcoin and the SEC's duties to protect investors.

"If a Bitcoin ETF were approved and something went very wrong it would likely reflect poorly on the SEC," Bogart wrote.

Former General Counsel David Brill of Gemini, the New York Bitcoin exchange run by the Winklevoss twins, told CoinDesk last month that he believed March approval of the first Bitcoin ETF is "unlikely" given that so much of the trading occurs in China.

"The overwhelming majority of trading is not being done in the U.S., and being done in an area where the rules and regulations are not consistent with the rules here," Brill said.

And then there's Money Morning Capital Wave Strategist Shah Gilani, who considers Bitcoin a sort of "derivative of fiat money," which itself is backed only by faith in the government that issues it.

The lack of any physical asset will trouble the SEC, Gilani said. "In my opinion, approval isn't likely."

But despite the negative outlook, no one categorically ruled out the possibility of SEC approval of the first Bitcoin ETF.

Here's why the SEC might surprise everyone come March...

Three Reasons the SEC Could Approve a Bitcoin ETF