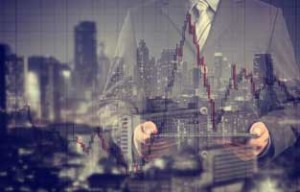 Today's Dow Jones news is highlighted by rising stocks ahead of another busy day of earnings reports and economic data.

All eyes are on the U.S. Labor Department this morning as it prepares to release the January jobs report. Investors are curious about the health of the U.S. labor market after the U.S. Federal Reserve elected to not raise interest rates.

The economic calendar also includes a speech by Chicago Federal Reserve President Charles Evans and the January update to the ISM Non-Manufacturing Index.

Yesterday, the Dow Jones fell six points despite another round of positive economic data. Investors continue to fret over emerging geopolitical issues between President Donald Trump and several nations around the globe. Investors were also keeping an eye on a breaking story about Japan's role in creating jobs in the United States (for more on this, click here.)

The Dow Jones Industrial Average projected a seven-point gain as investors prepare for the release of the January jobs report. Investors are optimistic that the labor market is still tightening after a strong unemployment benefits report Thursday and an extremely positive private sector jobs report from ADP. Economists anticipate the unemployment rate for December will fall into a range between 4.6% and 4.7%.

The Wall Street Journal reports President Donald Trump is taking steps to unwind the Dodd-Frank Act of 2010. The law was signed in the wake of the financial crisis. Trump is expected to sign an executive order that aims to "water down" the existing law. Trump's advisers have complained that the law has pushed billions of dollars in unnecessary regulatory costs on to financial institutions. But that's not all that Trump is set to do Friday.

According to the same report, Trump is expected to halt the implementation of the rule that requires retirement advisers to operate in their clients' best interests. The administration says that it needs more time to review the rule before making a decision on its future. If you want to learn about the fiduciary rule, who is working to kill the rule, and what it means for your retirement, click here.

Crude oil prices were pushing higher after the United States threatened to issue new sanctions on Iran over its recent ballistic missile test. Oil prices are also on the rise thanks to increased optimism that OPEC members and Russia will meet their goals to cap excessive production.

The WTI crude oil price today added 0.6%. Brent crude gained 0.7%. Be sure to check out our bold 2017 oil price forecast as oil prices continue to tick higher in 2017.

Also, to help investors profit as oil prices rise, we've got the best oil stocks to buy this year. These three stocks are going to provide investors with healthy gains in 2017 and beyond.

But the big story is Snap Inc., the parent company of Snapchat.

On Thursday, the company made public its plans to raise as much as $3 billion in an initial public offering. The company is expected to go public in March, and investors are wondering if they should pile into the largest IPO since Alibaba Group Holding Ltd. (NYSE: BABA).

You can find our Snapchat stock guide, right here.