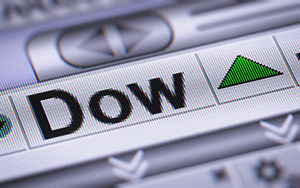 In Dow Jones news today, the Dow rallied back above 20,000 thanks to the financial sector and a better than expected January jobs report from the Labor Department.

Banking stocks pushed higher after President Trump announced intentions to roll back the Dodd-Frank Act. Trump's advisers have complained that the law has pushed billions of dollars in unnecessary regulatory costs. The White House announced intentions to work with Congress to draft a "legislative piece" to reform the financial law.

The U.S. Labor Department also announced that the American economy added 227,000 jobs in January. Meanwhile, the U.S. unemployment rate ticked up slightly to 4.8%, a figure that was higher than economists' expectations.

Crude oil prices were up slightly as traders digested the possibility that the United States could put new sanctions on Iran over its recent ballistic missile test. Trump said that "nothing is off the table" in addressing Iran's violation of its nuclear agreement. Those geopolitical concerns helped offset concerns that U.S. production is on the rise. This afternoon, Baker Hughes Inc. (NYSE: BHI) announced that the U.S. production rig count increased for the third straight week. The number of production platforms increased by 17 to 583 this week.

But there was bigger President Trump news today.

Trump also halted the implementation of an Obama-era rule that requires retirement advisers to operate in their clients' best interests. The administration says that it needs more time to review the rule before making a decision on its future. If you want to learn about the fiduciary rule, who is working to kill the rule, and what it means for your retirement, click here.

Urgent: Rare gold anomaly – an event so rare, it's only happened twice in 20 years! The first time it created $1.25 billion in new wealth virtually overnight. The second time, it created a cash windfall of $6 billion. And it's about to happen again. Find out more.