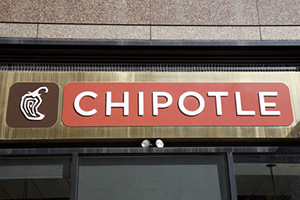 Fewer earnings reports will be released today, but there will be a lot of U.S. economic data reports.

Here are three top stocks to watch today and why they are today's top movers...

Chipotle stock is down 0.5% in early morning trading after releasing a disappointing earnings report.

The company was expected to post earnings per share (EPS) of $0.56 and revenue of $1.04 billion. Chipotle reported EPS just under analysts' predictions at $0.55. Revenue was almost at expectations as well at $1.03 billion.

GoPro stock is down 13% in early morning trading after its earnings report missed analysts' expectations.

GoPro's stock took such a hit after the disappointing revenue report because investors had been optimistic about the company and bid up the price over 23% in January.

Shutterfly stock is down almost 16% in early morning trading after releasing an earnings report that disappointed.

The company announced EPS of $2.63 for a 26% decline over last year. Analysts projected Shutterfly would have EPS of $2.84.