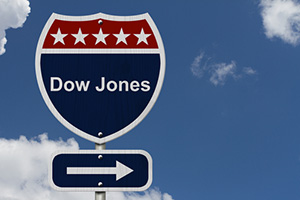 Investors are also fearing the economic policies of President Donald Trump will cause increased volatility.

Over the last three weeks, there have been no shortage of political events bringing instability and volatility to the markets.

The Dow Jones slipped 19 points as investors continue to question the timing of President Trump's planned economic policies. Speculation is growing that the U.S. economy will not see the implementation of much of Trump's agenda until 2018. The CBOE Volatility Index – widely considered the market's fear gauge – jumped over 3%.

The uncertainty over President Trump's policies made it a huge day for gold stocks. The price of gold today jumped more than 1% thanks to growing concerns about geopolitics. The combination of Trump's policies and jitters over upcoming elections in France and Germany are fueling a buying frenzy. Here's why gold prices can climb even higher in 2017…

Crude oil prices were dipping again thanks to a strengthening dollar. The uptick in the greenback offset optimism over OPEC's efforts to cut excessive production. Also, news that President Trump announced new sanctions on Iran after the country tested ballistic missiles sent prices lower. The U.S. Treasury said that 13 individuals and 12 entities will not be allowed to access the U.S. financial system or engage in business with U.S. companies.

But the news slipping under the radar is happening in China.

The Chinese government is gearing up for a big standoff against the United States and the World Trade Organization (WTO). Click here for the full story.