A feature in overnight trading is sharp gains in the U.S. dollar index Tuesday. The greenback was supported in part by comments from a Federal Reserve Bank official on Monday, who said a U.S. rate hike could come at the March FOMC meeting. 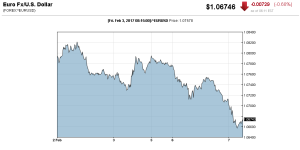 Meantime, the Euro currency is under selling pressure Tuesday on concerns that upcoming French elections could elect the nationalist candidate Marine Le Pen, who has threatened to pull France away from the European Union.

Gold prices are slightly lower Tuesday on a mild corrective pullback from recent good gains that pushed prices to a 2.5-mont's central bank left its monetary policy unchanged at its regular meeting Tuesday. No changes were expected. 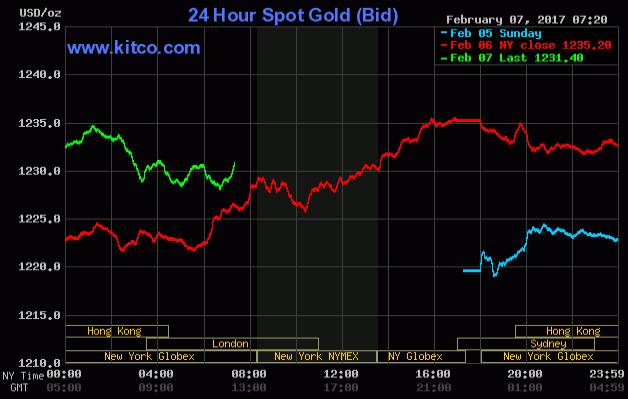