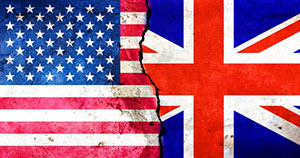 Gold prices are hovering near a three-month high as traders continue to weigh the impact of President Trump's temporary travel ban and they look forward to major elections in the Netherlands, France, and Germany later this year.

On Monday, the Dow Jones slipped 19 points as investors continue to question the timing of President Trump's economic policies. Speculation is growing that the U.S. economy will not see the implementation of much of Trump's agenda until 2018. Meanwhile, more than 100 technology companies - including Apple Inc. (Nasdaq: AAPL), Alphabet Inc. (Nasdaq: GOOGL), and Microsoft Corp. (Nasdaq: MSFT) - filed a joint legal brief opposing President Trump's executive order to temporarily ban travel and immigration from seven countries.

The Dow Jones Industrial Average projected a 10-point gain as investors eye another busy day of earnings reports and increased speculation on the timing of President Trump's economic proposals.

On the geopolitical front, expect a lot of noise today over events happening in England. House of Commons Speaker John Bercow has blocked President Trump from speaking in Parliament.

Bercow said he was opposed to Trump's appearance before the immigration ban but said that the executive order fueled even greater desire to prevent the U.S. president from speaking. This news comes at at time that Prime Minister Theresa May has urged her government to be "patient and constructive" in talks with the Trump administration.

Gold prices are hovering near a three-month high, while silver prices continue to climb. The price of silver has gained more than 9% so far in 2017. And the rally is just getting started. Money Morning Resource Specialist Peter Krauth offers four reasons why silver prices are going to pop more than 25% in 2017. Read his latest insight, right here.

Crude oil prices were ticking higher as traders eye developments between the Trump administration and leaders in Iran. Trump recently issued new sanctions on Iran after the country tested ballistic missiles and violated an accord between the West and Tehran.

Oil prices are also receiving a boost from positive insight regarding OPEC's goals of reducing excessive output. The oil cartel is working with non-member Russia to cut excessive production levels by roughly 1.8 million barrels per day (bpd). Still, some analysts are concerned that rising U.S. production could limit the potential upside for crude prices.

But the big story is the stock markets are at or near all-time highs. The Dow was trading above 20,000 points on Monday, and the Nasdaq is sitting just short of a record high.