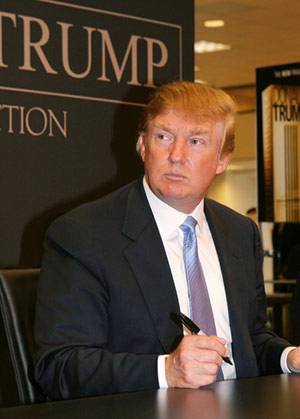 Some believe the directive was meant to roll back the Dodd-Frank law passed in 2010. Just look at USA Today's headline from Friday that declares "Trump to dismantle Dodd-Frank Wall Street rules through executive orders."

But Trump's executive order doesn't mention Dodd-Frank by name. Instead, the order directs the secretary of the Treasury to issue a report within 120 days on any laws or regulations impeding economic growth.

That's why not everyone is convinced the law is under threat, including one of its primary authors, Barney Frank.

"The executive order that the president offered with a lot of hype has no specifics. In fact, it doesn't do anything," Frank told New York's WNYM radio station.

Naturally, this is creating uncertainty for investors. That's why we're going to tell you whether President Trump will repeal Dodd-Frank and why repealing Dodd-Frank is such a big deal…

What Is Dodd-Frank and Why Does It Matter?

The government had to buy these assets to keep the banks from failing and collapsing the economy. Dodd-Frank was designed to prevent that from happening again.

Yet the law is complicated. The complete text is 849 pages long with 16 different chapters. To make things simpler, we broke it down into three major parts.

And they are regulated much more strictly…

SIFIs are required to keep more capital on hand, which limits their borrowing and lending.

SIFIs also have to pass an annual "stress test" to prove to they will survive if economic conditions worsen. If the company fails the stress test, it has to take immediate action to fix the problem, including selling off parts of its business to other companies.

MetLife Inc. (NYSE: MET) failed a stress test in 2012 and had to sell its banking unit to GE Capital (NYSE: GE).

These requirements add extra expenses to a company's operations, and it limits their ability to profit. Restricting how much a bank can borrow restricts how much it can invest.

The Volcker Rule restricts the investment activity of banks. Banks can't engage in proprietary trading, which means they can't invest money from their own accounts.

Banks are also limited to which types of investments they can buy. Banks can't own more than 3% of hedge funds or private-equity funds, for instance.

Don't Miss: This Is a 2017 Stock Market Outlook You Won't Get Anywhere Else

The CFPB is an independent regulatory agency designed to monitor the financial industry and ensure its practices are fair to consumers. Specifically, the CFPB monitors mortgages, student loans, and credit cards for "unfair, deceptive, or abusive practices."

The CFPB has been subject to at least four federal court challenges since its inception.

In October 2016, a federal judge ruled the president had the constitutional authority to remove the director of the CFPB at will. President Obama had argued the director could only be removed in cases of neglect of duty or incompetence.

Banks have argued the law unfairly burdens them and limits their potential for growth. Jamie Dimon, CEO of JPMorgan Chase & Co. (NYSE: JPM), has been one of the law's most prominent critics.

Specifically, Dimon has argued the Volcker Rule has hamstrung banks and prevented them from making investments that are more profitable.

Now that Donald Trump is president, it's possible Dodd-Frank could be repealed or undone.

The "Trump administration will be very good for kind of unleashing business," Dimon said in December.