If you believe the steady stream of media reports, odd behavior is the norm in the Trump White House.

Stories make a big deal about things like the addition of a larger television in the Oval Office dining room (so President Donald Trump can watch cable news), his removal of President Barack Obama's crimson curtains in the Oval Office for a gold set, and the fact that President Trump often spends his nights alone because First Lady Melania still resides in New York.

There's no disputing that President Trump has ruffled a lot of feathers with the decisions he's made in his early days.

But attempts to paint the Trump White House as exceptionally bizarre fall woefully short when compared to the behavior of some of the previous occupants of 1600 Pennsylvania Avenue.

It's hard to believe what these men were capable of…

So Far, Donald Trump Is No Match for These Presidents 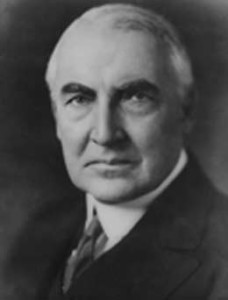 President Harding loved to play poker so much that his regular group of friends, which included several members of his cabinet, were known as the Poker Cabinet. The group played regularly at the White House, during which they drank illegal bootleg liquor (it was Prohibition, after all).

In the most infamous game, Harding wagered the White House china – a set dating from President Benjamin Harrison's administration (1889-1893). He lost it all in one hand. 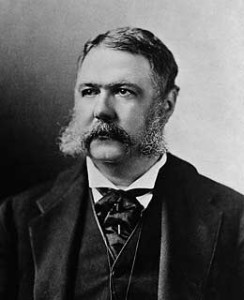 A very private man, Arthur never gave an inaugural address. Just before he died, he ordered that all of his official papers be burned.

But it was his overactive fashion sense that distinguished Arthur. Pundits of the day called him "Gentleman Boss" and "Dude of All White House Residents." He was said to own 80 pairs of pants and shoes, which he needed because he changed clothes several times a day. Instead of a presidential bodyguard, Arthur hired a valet. 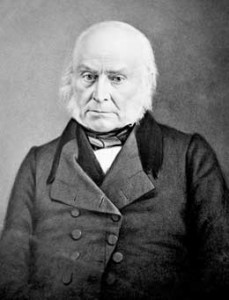 The son of Founding Father John Adams, John Quincy Adams was elected by the House of Representatives following an election in which no candidate earned a majority of the Electoral College.

Like President Arthur, Adams enjoyed relaxing exercise in the wee hours of the morning – but he did it by swimming nude in the Potomac River.

But perhaps the strangest thing about Adams' time in the White House was his pet alligator. It was a gift from Revolutionary War hero the Marquis de Lafayette, so maybe Adams felt obligated to keep it.

The gator lived in the unfinished East Room of the White House, which conveniently had a bathtub. Adams was said to enjoy showing it to surprised visitors. 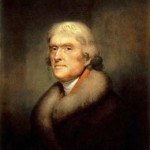 President Thomas Jefferson: A Hero with Feet of Clay

Did you know that Thomas Jefferson was a vandal? On a visit to Stratford-upon-Avon, birthplace of William Shakespeare, Jefferson (accompanied by another rogue Founding Father, John Adams) used a knife to chop off several wood chip "souvenirs" from a Shakespeare chair.

During his lifetime, Jefferson was accused of having an affair with one of his slaves, Sally Hemings, and fathering several children with her. He denied it then, but it was proven true in 1998 following DNA testing of both Jefferson's and Hemings' descendants.

Jefferson also despised dogs. In 1808, during his second term in the White House, Jefferson learned that dogs back at his home in Monticello were killing his sheep. So he ordered every dog killed. A few years later, Jefferson wrote of dogs that he "would readily join in any plan of exterminating the whole race." 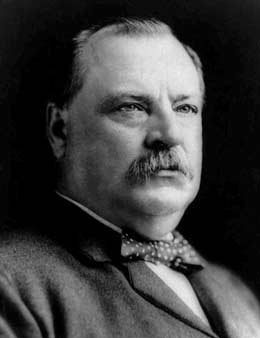 President Cleveland was a bachelor when elected in 1884. At age 49, he became the only president to marry in the White House – but it was to 21-year-old Frances Folsom, to whom Cleveland was the legal guardian. Folsom was the daughter of Cleveland's law partner, Oscar Folsom, who died in 1875 when she was 11. Back then he was "Uncle Grover."

But Cleveland's treatment of a woman named Maria Halpin a decade before his election was his worst moment. According to Halpin's 1874 affidavit, Cleveland committed what today would be called date rape – and got her pregnant. When the child was born (a boy), Cleveland schemed to have Halpin sent to the Providence Lunatic Asylum and the child sent to an orphanage.

The Two Most Bizarre U.S. Presidents of All Time