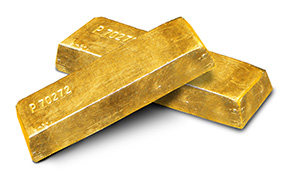 But first, here are the two reasons why Krauth thinks gold prices will rise 12.9% this year...

But the number of short positions has been steadily declining in the gold sector. The Gold Bugs Short Index - which tracks short-selling activity on mining companies - is down 16.7% so far this year. The reduced interest in short bets shows investors are becoming more confident in a gold price rally in 2017.

But Krauth believes gold will rise despite the rising dollar and Fed's projected 2017 rate hikes. If history is any indication, gold and the dollar are capable of rallying simultaneously...