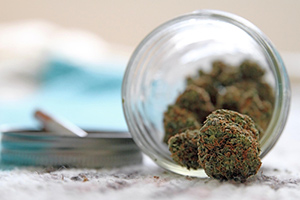 Marijuana is one of the fastest-growing industries in the world. In fact, sales are expected to skyrocket from $6.7 billion in North America in 2016 to $21.8 billion in 2020.

But because marijuana is still illegal under federal law, these are not firm recommendations. Rather, this a watch list as more U.S. states and Canada legalize marijuana in some form. Many marijuana stocks are still speculative investments.

The first marijuana stock on our watch list today is mCig Inc. (OTCMKTS: MCIG). The company was founded in 2010 and is headquartered in Nevada.

GW Pharmaceuticals Plc. (Nasdaq ADR: GWPH) was founded in 1998 and is based in the United Kingdom.

One of its most well-known medicines is Sativex, which was the first cannabis-based medicine to be licensed in the United Kingdom. GW is also developing another medicine called Epidiolex, which could treat rare epilepsy disorders.

But because marijuana is classified as a Schedule I drug in the United States, it's difficult for GW to research, develop, and sell new medicines.

However, with North America rapidly legalizing marijuana, cannabis could eventually be reclassified. That would make it easier to study marijuana and develop new medicines.

First, it purchases and leases space for crop growing. General Cannabis also offers security services that include video surveillance and the transporting of cash.

Outside of leasing space and providing security, General Cannabis also designs clothes and offers consultation services.
Over the last 12 months, the CANN stock price has climbed over 536%.

Most investors wouldn't consider the next two stocks on our watch list marijuana stocks. But these companies are aggressively targeting the lucrative marijuana industry. And that gives these two stocks tremendous upside…

Anyone have insight on Mountain High Acquisitions (MYHI)?