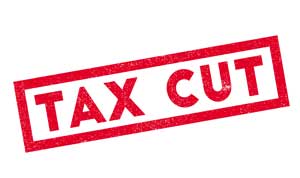 Investors continue to pile into equities and new records continue to be set each day in the wake of President Trump's election.

Despite the big gains today – ones that saw the S&P 500, Nasdaq, and Dow Jones all hit new all-time records – we did see a small uptick in volatility.

The Dow Jones added another 142 points and the S&P 500 reached a total market capitalization of $20 trillion as the post-Trump election pushed markets into record territories.

In economic news, the United States is on pace to see its highest levels of inflation since mid-2015, according to a report from the Federal Reserve Bank of New York. According to the branch's monthly survey, inflation expectations increased for the second consecutive month. The data indicates consumers expect inflation to increase to 3.0% over the next year. Such expectations will likely play into the central bank's timing of its next interest rate hike. The Federal Reserve has forecast three rate hikes in 2017. On Tuesday, listen for additional clues on the Fed's rate hike plans as four members of the central bank will give speeches.

With inflation expectations ticking higher, so too were expectations that the central bank will raise rates. These increased expectations are pushing the U.S. dollar higher. As a result, gold prices and silver prices both fell on the day. Gold prices dipped 0.7%, and silver prices fell 0.6%. Despite today's downturn for these commodities, Money Morning Resource Specialist Peter Krauth sees big gains ahead for the price of silver. To see our bullish silver price target for the end of 2017, click here.

Crude oil prices were sliding as markets raised concerns about increased production in the United States and temporarily ignored OPEC members' efforts to comply with a massive deal to cap excessive global production. Improving optimism about OPEC's future goals offset worries that U.S. production continues to swell. On Friday, Baker Hughes Inc. (NYSE: BHI) announced that the official U.S. rig count increased by eight oil platforms. With 591 rigs in operation, the United States has not seen this much oil production activity since October 2015.

As a service to our readers, we've put together a list of 10 cheap oil stocks under $5. Given that Money Morning Global Energy Strategist Dr. Kent Moors predicts that oil prices will rise another 20% in 2017, there are many ways for you to make some money. Get started, right here.

But the big news was happening in Europe.

Investors need to pay attention to the latest developments in Greece. The tiny member of the European Union is again in focus as it prepares for yet another bailout and another deal to keep it in the world's largest economic bloc. Greece has received three bailouts since 2010.

On Monday, German leaders echoed support to keep Greece in the European Union. The statement came the same day that the European Commission began to explore ways to encourage the country to engage in additional economic reforms. But the problem is the International Monetary Fund has largely stayed on the sideline and has said that Greece should not receive any special favors. Once again, the European Union is showing its flaws.

Money Morning Global Credit Strategist Michael Lewitt has a way for you to protect yourself and profit from the coming crisis across the Atlantic. As he explained in a column last week, the European Union isn't going to last another five years. Here's what you should target.

24039 Reads
Sell These 3 REITs Before It's Too Late
We love REITs, but they aren't created equal. These three REITs shouldn't be anywhere near your portfolio.