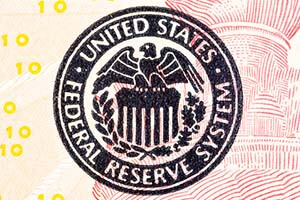 The Dow Jones news today is Janet Yellen's testimony in front of the Senate Finance Committee later this morning. The markets are flat as investors wait to hear how she will testify.

Markets are also making sense of the resignation of Donald Trump's national security adviser Michael Flynn, who stepped down after allegedly misleading Vice President Mike Pence over a call with Russia's ambassador. Flynn told the vice president that he had not discussed potential sanctions with the Russian ambassador, a story that appears to be untrue.

On Monday, the Dow Jones added another 142 points and the S&P 500 reached a total market capitalization of $20 trillion as the post-Trump election rally pushed markets into record territories.

The Dow Jones Industrial Average projected a three-point decline as investors take a break from the Trump rally and focus on a string of events happening in Washington, D.C. today.

The U.S. Federal Reserve is in focus as four members of the central bank prepare to offer insight into its monetary policy for the road ahead. Fed Chair Janet Yellen will be the featured speaker as she prepares to give testimony before the Senate Finance Committee.  Don't expect Yellen to give too many hints into the timing of the next rate hike.

Elsewhere in Washington, the U.S. Senate has approved former Goldman Sachs Group Inc. (NYSE: GS) executive Steven Mnuchin to lead the Department of Treasury. In a party-line vote, Mnuchin endured Democratic objections to his views on corporate tax reform, the Dodd-Frank Act, and the role of government in regulating the financial sector.

But the big story is the major announcement that could change the direction of your retirement.

A new executive order for retirees is about to go into effect - and it could help you retain the profits being reaped from "26(f) programs."

These programs provide investors the opportunity to earn $68,870 a year by owning a portfolio of safe stocks. Here's what you need to know.