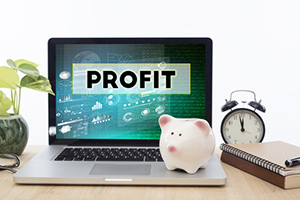 In Dow Jones news today, the Dow climbed again thanks to a strong performance by banking stocks and Apple Inc. (Nasdaq: AAPL), which hit a new all-time intraday record.

Despite today's big gains, this record-breaking run has some investors wondering if the stock market is too high.

Fed Chair Janet Yellen appeared before the Senate Finance Committee Tuesday and offered insight on the central bank's monetary policy positions. During her testimony, Yellen said that the central bank will likely need to increase interest rates at an upcoming meeting of the Fed Open Market Committee. This week, U.S. expectations for inflation were set for 3% annually, while the U.S. job market remains robust.

Yellen did also note increased uncertainty over the planned economic policies of the Trump administration. However, she also said that delaying a rate hike could force the central bank to hike rates aggressively in the future and increase the risk of a possible recession.

The central bank has only raised interest rates two times since the Great Recession.

The Janet Yellen speech today was an important event because Republicans have been looking to curb the central bank's power. With both chambers of Congress and the presidency under GOP control, Yellen and her team are operating in a far different environment than they did under the Obama administration.

But the biggest news today is about the South China Sea.

For the last few years, six nations have made overlapping claims to waters that are home to $5 trillion in annual shipping and rich in fishing and oil. And the U.S. Navy is now ramping up an aggressive stance, and China is not pleased by any proposed U.S. action.

While everyone is focusing on Europe as the geopolitical hotspot of 2017, you do not want to miss the profit potential from the battle between China and the United States.