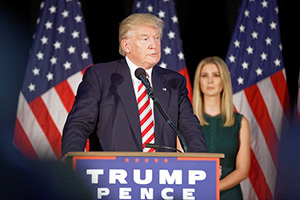 In a House Ways and Means Committee meeting yesterday, Rep. Bill Pascrell (D-NJ) pushed on with his pressure to have President Trump's tax returns released.

In particular, Pascrell is asking for access to Donald Trump's tax returns from the past 10 years.

For his part, the new president has refused time and again to release his returns voluntarily, citing an ongoing audit from the Internal Revenue Service (IRS). His refusal broke with a 40-year tradition of transparency observed by presidential nominees and sitting presidents of both parties.

Pascrell's most recent push Tuesday followed his threat on Feb. 1 to use a provision in the Internal Revenue Code that can be used to compel a chairman of the Ways and Means Committee, the Senate Finance Committee, or the Joint Committee on Taxation to request Trump's taxes be released.

This particular tax code provision - Section 6103(f)(1) - was enacted in 1924 in response to the Teapot Dome scandal. That scandal involved a bribery incident between then U.S. Secretary of the Interior Albert Bacon Fall and two private oil companies at Teapot Dome, Wyo. Fall leased land to these companies at low rates and without competitive bidding, which was against the law.

The Teapot Dome law was used in 1974 when Congress looked at President Richard Nixon's returns. The law was used again in 2014 when the Ways and Means Committee released confidential tax information as part of its investigation into the IRS' handling of applications from conservative groups for nonprofit status.

Under this law, the chairmen of congressional tax policy-related committees can share the president's returns with committee members in a closed session.

And if one of the committees thinks releasing the returns is a matter of public interest, he can press for that outcome, too... without Trump's consent.