The Trump administration released a new tax reform plan on Sept. 27, 2017, although some of the details are still vague.

Also, the new tax code could double the standard deduction to $24,000 for married taxpayers filing jointly and $12,000 for single filers.

Originally under President Trump's proposal, those making $37,500 and below would pay a 12% tax. This new proposal would essentially create a "zero tax bracket" by eliminating taxes on the first $24,000 of income earned by a married couple and $12,000 earned by a single individual.

"Numerous other exemptions, deductions, and credits for individuals riddle the tax code. The framework envisions the repeal of many of these provisions to make the system simpler and fairer for all families and individuals, and allow for lower tax rates," the tax reform proposal said. 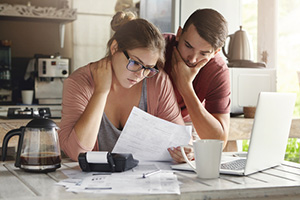 President Donald Trump plans to release a "phenomenal" tax cut plan in the next few weeks.

While he plans to cut business taxes, the Trump tax plan for individuals may have the biggest impact on your wallet.

Too little information. I've heard he would increase the standard deduction. Knowing if, and by how much, is important.

Wow! So, if you make 9,000 bucks a year, which put you in the poor category, you are hit with a 2% increase in income tax! But if you make a million in a year, you get a 7% reduction! And all that by crying loud about inequality!
Talking about "drying the swamp" , but appointing the biggest number of Goldman-Sachs scoundrels in your cabinet than any administration before!
Your wife and daughter openly speak how being public servants helps them promoting their personal business!
What's next?… World War III ?… Yeah! That'll definetly would "make America great again"!!!… Or what's left of it…
We already saw what 8 years of " change " did to this country, and NO!, we don't want to see the same junk going on under a different rhetoric…

Your crocodile mouth is only exceeded by your poor reading skills. Let's see if you can handle this arithmetic: You make $9,000/yr. Your standard deduction is $12,000. Your tax liability is?

I was hoping for a break for seniors………. mine stayed the same :(

Just can't believe we are just going to be left out in the cold as this proposes.

Well I guess I'll eat crow and say I am sorry for voting for Donald Trump. I mean really, I have a pre-existing condition, so I thought he would help on the stupid health care law, and possibly help with taxes. It appears he isn't doing anything for the hard working American's. I mean allowing the health insurance companies to charge more for pre-existing conditions, and allowing the back bone working Americans to have to pay more in taxes. It appears all parties running for some office makes promises they can't keep.

Let me see here, the cost of health care is out of sight and looks like no current change, so how to increase taxable income remove the health care deduction so you can pay more taxes, the same goes for the homes interest, now that a person will not be allowed to itemize due to not allowing the above deductions or limited, instead of MFJ Standard deduction of $12,600 now will get $24,000 will that make up for the loss of estimates health care cost of $20,000 plus or home mortgage interest of $10,000 = 30000.00 in lost deductions for standard increase of about 11,000.00…does not calculate in my math book but I had math before the "CORE" plan came in…sorry I am not seeing it and I am not seeing simplifying the tax code…I am a big Trump supporter and don't know who wrote this plan, BUT, in my book it is not for us Medium and below income earners not to mention the tax increase from 10 to 12%, what is the deal here, I want to see some names on this plan as to who wrote it because it certainly was not written by the hard working hourly American worker who pay the majority of taxes, remember government employees do not pay FICA, most school teachers don't, city workers, post office workers, all these people have unions, so we the hourly low income laborers are the ones that pay, cut the FICA, Medicare taxes, oh my goodness I can go on and on about all of this, BUT, I better just shut up….