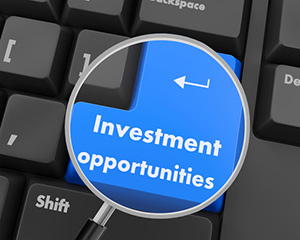 In Dow Jones news today, the Dow was sliding in pre-market hours as investors eyed a slew of economic data and a busy day of earnings reports.

Global stocks were pulling back, while gold prices were ticking higher thanks to a weaker U.S. Dollar Index today.

On Wednesday, the Dow Jones gained 107 points after a round of positive economic data pushed markets back into record territory. Investors approved of comments by Federal Reserve Chair Janet Yellen and speculated on the timing of President Donald Trump's proposed economic policies.

The Dow Jones Industrial Average projected a 40-point decline as markets prepare for a busy day of earnings reports.

On Wednesday, Yellen appeared before the House and defended the central bank's role in helping the economy recover in the wake of the Great Recession. The Yellen speech was important because she acknowledged the U.S. economy remains weak. However, she defended the Federal Reserve's policies and said the policies have done more to help the U.S. economy than hinder it. The central bank is expected to raise interest rates at least three times in 2017. However, the odds of a rate hike in March, according to CME Group's FedWatch Tool, sit at just 17%.

The biggest IPO of 2017 is going to be Snap Inc., a technology firm that owns the social media giant Snapchat. The company foresees a valuation between $19.5 billion and $22.2 billion. The firm will price shares between $14 and $16, according to a new regulatory filing.

It's an incredible valuation for a company that isn't profitable, and Snapchat admitted in its S-1 that it may never run a profit. Snapchat stock should therefore be considered a long-term investment, and a risky one that could cost you a bundle on its first day of public trading.

On the Snapchat IPO date, Money Morning Director of Tech & Venture Capital Research Michael A. Robinson has a way investors can maximize their profits and limit their risk.

Here's your free Snapchat stock guide and how to play the Snapchat IPO date, right here.

Crude oil prices were rising in pre-market hours on news that OPEC could expand its production cuts to cap excessive output. The global oil cartel said its membership was on pace to reach its target of slashing 1.8 million barrels per day (bpd) from its 2016 peak. Members may slash even more if their current agreement fails to reduce global inventory levels.

In political news, some companies and schools across the nation will be closed Thursday due to a protest. Immigrants will boycott work, school, and engagement of commerce. The strike is called "A Day Without Immigrants" and is designed to protest recent actions by the U.S. government to deport undocumented immigrants.

But the big story is the new "Trump transparency rule," a new order that will be a boon to the competitiveness of U.S. energy companies. According to this policy, U.S. oil companies no longer need to report any of their payments to other governments. And while many oppose the Trump transparency rule, we view this as a bullish catalyst for oil stocks in 2017.

In fact, this could be a very profitable form of deregulation for the energy sector. That's why we've put together our best oil stocks to buy in 2017, right here...