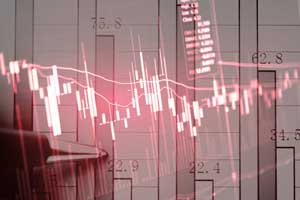 The stock market news today is the Dow falling in pre-market hours as investors weigh the stability of the post-election rally and OPEC's plans to cut additional oil output in the months ahead. Markets are also looking for additional clues into the timing of the next interest rate hike by the U.S. Federal Reserve.

On Thursday, the Dow Jones posted a seven-point gain and left the index still within striking distance of 21,000. Banking and energy stocks finally lost steam as investors turned their attention away from President Donald Trump's regulatory efforts. The S&P 500 snapped a five-day winning streak.

The Dow Jones Industrial Average slid 13 points in pre-market hours as investors prepare for another big day of earnings reports and key economic data. Markets will look to reignite their momentum on the back of banking stocks, which have risen sharply since the election of President Trump.

On Thursday, President Trump nominated R. Alexander Acosta to be the secretary of labor after fast-food executive Andrew Puzder withdrew from consideration. The announcement was overshadowed by a winding press conference in which President Trump discussed U.S.-Russia relations, Hillary Clinton's debate performance, and his personal contempt for the mainstream media. But investors should learn much more about Alexander Acosta. Get started, right here.

Crude oil prices were rising as investors weighed the positives of OPEC's continued efforts to curb excessive supply against new data showing the U.S. crude production and inventories are on the rise. OPEC's deal that took effect Jan. 1 has produced very positive results. Investors are now even speculating that the global oil cartel could extend production cuts beyond the planned target of 1.8 million barrels per day.

While that story has traders cheering, the prospect of higher U.S. production has been supported by rising domestic rig counts and massive inventory jumps. Today, look out for the weekly rig count from Baker Hughes Inc. (NYSE: BHI).

Though the Snapchat IPO date has not been set, the company raised eyebrows Thursday after it reduced its valuation expectations for its opening day on the public markets. The social media giant now expects a valuation between $19.5 billion and $22.2 billion. The firm will price shares between $14 and $16, according to a new regulatory filing released today.

But the big story is the silver investment news today.

While everyone has been talking about the Dow's record run, few headlines have centered on the incredible pop that silver prices have experienced in recent weeks. The price of silver has been on the rise as expectations for rising inflation and increased geopolitical uncertainty have hit the global markets.

Money Morning Resource Specialist Peter Krauth predicts that the silver price could gain another 32.8% by the end of the year. This rally will depend on the actions of the global silver market's most influential country. Here's how you can make a lot of money in the commodity markets.