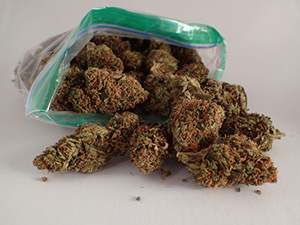 Forward-thinking investors are watching marijuana stocks today because the industry is booming.

In 2016, marijuana sales in North America were $6.7 billion. And that's just the start of how big the marijuana industry can get…

By 2020, analysts project marijuana sales in North America could top $20 billion. That's an increase of 198% in just four years.

And with 60% of Americans now supporting marijuana legalization, it's only a matter of time before more states legalize cannabis and send marijuana sales skyrocketing.

Terra Tech Corp. (OTCMKTS: TRTC) is an agricultural company that cultivates and sells medical-grade marijuana and other related products.

The company has both greenhouse growing systems and marijuana dispensaries.

Terra Tech designed its dispensaries on the "Starbucks" model, where customers can expect the same look and feel in each store, no matter its location.

Canopy Growth Corp. (OTCMKTS: TWMJF) is a producer and retailer of medical marijuana in Canada.

Canopy Growth has the largest marijuana growth greenhouse in the world, Tweed Farms.

Tweed Farms boasts more than 350,000 square feet of marijuana production space. Canopy growth also just completed an acquisition of pharmaceutical distributor MedCann and Mettrum Health Corp. to expand its production acreage.
So far in 2017, the TWMJF stock price is up 42.08%.
And the stock price for one of the next three stocks we're about to share has already climbed over 189% in the last six months…

Hopefully now is a prime to get in on the action!