Despite a recent peak just above $1,240 late last week, gold's held up well in its recent mini-consolidation.

What's impressive is that this relative strength has come despite some headwinds and some support for gold prices in 2017.

That pegs annual inflation at 2.5%, which is the biggest year-over-year rise in nearly three four years. 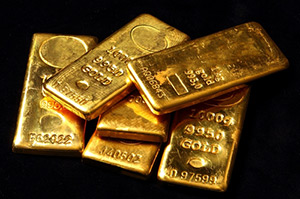 But let's not forget U.S. Federal Reserve Chair Janet Yellen's recent testimony to the House Financial Services Committee. That lit a fire under the dollar and simultaneously tanked gold prices… at least temporarily.

Interestingly, the effect was short-lived, and there are some likely reasons why, which I'll explore below.

Here's a look at how gold prices in 2017 have been trending and where I expect them to head from here.

Monday saw gold prices open about $5 lower at $1,228 as the market started anticipating Yellen's testimony the next day. They quickly dropped to $1,222 at 10:00 a.m. Still, some restrained buying came into the market and managed to pull the price of gold back up to $1,225 by the close.

Tuesday began with Yellen warning of the risks of waiting too long to raise rates. That caused the dollar to pop and gold prices to sink. Here's how that looked on charts. 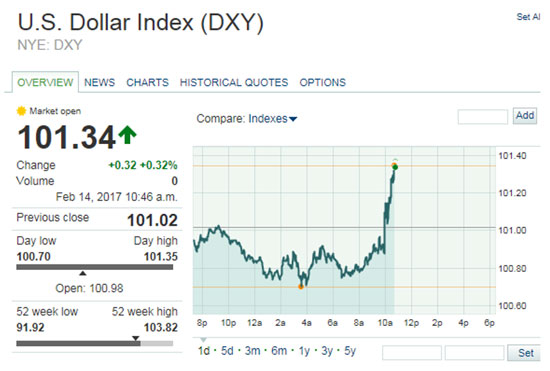 On Wednesday, the U.S. Dollar Index (DXY) continued to head higher as the market kept digesting Yellen's statements. In the process, the dollar rose to its highest level since mid-January on Yellen's talk of possibly raising rates at upcoming meetings and up to three times this year.

On Thursday, gold opened higher at $1,238 after climbing in overnight trading. I think the market began doubting Yellen's ability to raise rates as much as she suggested. And that took the dollar lower and gold even higher to peak at $1,242 near 11:15 a.m., then closing still strong at $1,239.

Looking forward, here's what I expect for gold prices in 2017…

Where Gold Prices in 2017 Are Headed Next

7601 Reads
This REIT Yields 7% and Is Completely Under the Radar
Today, I'm going to discuss one small-cap REIT that has risen sharply over the last 12 months but still remains under the radar on Wall Street...