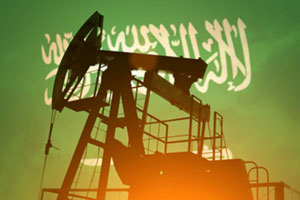 The Saudi Aramco IPO underwriters will be JPMorgan, Morgan Stanley, and HSBC.

Underwriters guarantee the shares put up for sale will be sold, either by promoting the sale or purchasing the shares themselves.

Hiring underwriters is a routine part of the process of going public. But the Saudi Aramco IPO is hardly routine. The fees alone for participating banks could total more than $1 billion.

However, banks vying for a coveted underwriting role have cut fees to be more competitive.

"That competition is expected to force underwriters to accept sharply lower fees," The Wall Street Journal reports, "though they still stand to gain from a bonanza of fees because of the offering's magnitude."

The total Aramco valuation is over $2 trillion right now. Even if the company only sells 5%, it will be the biggest IPO of all time at $100 billion.

That also means every step Saudi Aramco takes toward finalizing its IPO will be top financial news. Now that Aramco has hired its advising and underwriting teams, here's what else needs to happen before the biggest IPO of all time...

What's Next for the Saudi Aramco IPO