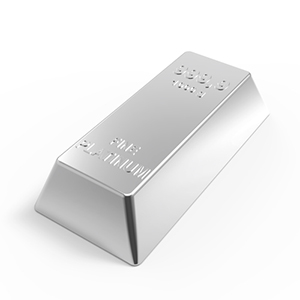 And we think that is just the start of the gains this year.

You see, one booming industry relies heavily on platinum to make its products.

We’ll talk more about that industry in just a bit.

But first, we want to make sure Money Morning readers know two other major factors that will move platinum prices in 2017…

3 Factors That Will Move Platinum Prices in 2017

According to Money Morning Resource Specialist Peter Krauth, 35% of platinum use is in jewelry.

And because platinum prices can rise and fall based on industrial demand, Krauth says prices can be at the mercy of the jewelry market.

So if gold or silver becomes more popular for jewelry makers, the demand and prices for platinum can fall.

Editor’s Note: For only the third time in 20 years, a metal more rare and more exotic than gold is about to make stock market history. And it’s poised to make early investors a lot of money. Get the full story.

The other reason platinum prices can fall is the strength of the U.S. dollar.

In fact, 43% of consumed platinum is used in this one industry, which is the largest industrial use of the precious metal.

And because of sales in this industry, here’s why platinum prices could start climbing even higher…

The Biggest Reason Platinum Prices Could Climb in 2017