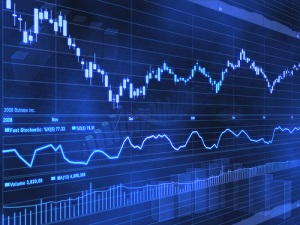 The stock market news today is the Dow ticking higher in pre-market hours after Treasury Secretary Steve Mnuchin made a big prediction about tax reform.

Last week, 244,000 Americans filed for unemployment benefits, a figure that was slightly higher than consensus expectations of 241,000. Markets were also moving higher after the U.S. Labor Department announced that weekly jobless claims fell in line with economist expectations.

On Tuesday, the Dow pushed higher despite concerns about a possible interest rate hike and falling oil prices.

The Dow Jones Industrial Average projected a 30-point gain as investors prepare for a busy day of earnings reports and weigh statements from Treasury Secretary Steve Mnuchin. According to reports, Mnuchin said that the Trump administration is prepared to push through a "very significant" level of tax reform by August of this year.

On Wednesday, the Federal Reserve released minutes from its most recent meeting on monetary policy. The central bank projects another interest-rate increase is poised to happen "fairly soon." Despite the optimism for higher interest rates, policymakers did not show any sense of urgency given that inflation still remains below its target rate of 2%. According to CME Group's FedWatch tool, the odds of a rate hike in March are just 22%. However, the markets have set a probability for a May rate hike at 52%.

The surprising news comes at a time that OPEC is working to surpass its agreement among member nations and Russia to reduce global output by 1.8 million barrels per day (bpd). According to various sources, the global oil cartel has reached a compliance level of 90% and could work to surpass that level in the coming months.

But the big news is the the Saudi Aramco IPO.

On Wednesday, we learned that the Saudi Aramco IPO underwriters will be JPMorgan Chase & Co. (NYSE: JPM), Morgan Stanley (NYSE: MS), and HSBC Holdings Plc. (NYSE ADR: HSBC). This is poised to be the largest IPO in the history of the markets.

Given the news, investors need to prepare. That's why we've put together this guide on the IPO, its underwriters, and more.