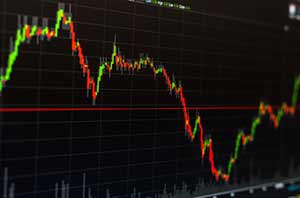 Crude oil prices are falling after the U.S. government announced that domestic inventory levels have increased for the seventh consecutive week. On the global front, world stock markets were dipping lower overnight, as investors took profits off the table and eyed U.S. tax reforms.

On Thursday, the Dow pushed higher despite concerns about a possible interest rate hike and falling oil prices. The index rallied again after President Trump pledged to bring millions of jobs back to the United States. Despite the pledge to bolster U.S. manufacturing, the president offered few details of his plan.

The Dow Jones Industrial Average projected an 73-point slide as investors took post-election profits off the table in the wake of a new record high for the index. The Dow finished Thursday within striking distance of 21,000. However, a mix of underwhelming retailer earnings reports and growing geopolitical concerns are weighing on investor sentiment.

Investors are keeping an eye on Berkshire Hathaway Inc. (NYSE: BRK.A). On Saturday, the company's chairman Warren Buffett will send his annual letter to shareholders. Once again, Buffett will likely extol the benefits of passive investing and discuss his views on Berkshire's recent developments, global politics, and the actions of various money managers.

Krauth says that silver prices have the potential upside of adding another 33% in 2017. Here's a recap of the latest silver price catalysts and how you can make a nice profit by investing in the industrial metal.

Meanwhile, Krauth projects that gold prices could easily hit $1,400 per ounce in 2017. And while gold prices are set for a major rally, the best way to make money is to invest in the best gold stocks to buy. The stocks that we have picked out for investors have the potential upside of 65.8% this year. Check them out right now.

Crude oil prices were up slightly on news that U.S. crude inventories increased for the seventh consecutive week. Yesterday, the U.S. Energy Information Administration reported that domestic crude supplies increased by 564,000 barrels last week. While the uptick has crude inventories near record levels, traders were more focused on the 1.5-million-barrel draw at the nation's largest delivery hub in Cushing, Okla.

But the big news is President Donald Trump and new announcements on his economic policies...

According to a report released Thursday, one of Trump's chief economic promises is likely to be delayed until 2018. Yesterday, Axios Media Co. claimed that the new POTUS will likely move his proposed $550 billion infrastructure spending plan back a year in order to address other policy issues his administration considers more pressing.

The announcement is a blow to investors who have been eyeing infrastructure stocks that are poised to benefit from this huge groundswell in government spending. But given the ongoing gridlock in Washington, Trump has chosen to prioritize three major policy initiatives.

Here are those three policy decisions and how you can profit in 2017.