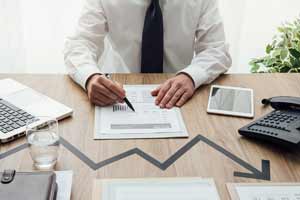 Today we moved a step closer to the fiduciary rule -- an executive order from former President Barack Obama that greatly affects U.S. retirement investors -- being delayed...

Obama issued the fiduciary rule on April 6, 2016. Since then, financial institutions have scrambled to prepare for its implementation, set for April 10 of this year.

But on Feb. 3, President Trump issued an executive order that directed the Department of Labor (DOL) to take a closer look at the rule -- a cost-benefit analysis of its effect on investors, the financial industry, the economy, etc. - prior to its implementation.

Earlier this month on Feb. 9, DOL acting Secretary Edward Hugler acted in accordance with Trump's order when he sent a notice to the Office of Management and Budget (OMB) to request the fiduciary rule's delay, pending such an analysis.

What Is the Fiduciary Rule?

The DOL fiduciary rule intends to close the gap between brokers and RIAs; if implemented, it means that any broker who advises clients on 401(k) plans, IRAs, or other qualified retirement monies is expected to act as a fiduciary.

Registered investment advisors (RIAs) are registered either with the U.S. Securities and Exchange Commission (SEC) or a state securities regulator. RIAs uphold a "fiduciary" standard of care, meaning they make investment recommendations while:

However, brokers are overseen by the SEC and the Financial Industry Regulatory Authority (FINRA), a self-regulatory organization for broker/dealers. Brokers operate on a "suitability" standard, meaning they make investment recommendations while:

And today, the OMB issued its determination that effectively gives the DOL the time it needs to carry out Trump's request.

Specifically, the OMB concluded the fiduciary rule is "economically significant," meaning it will have an annual effect on the economy of $100 million or more or adversely affect the economy. In other words, the DOL is greenlighted to provide a more detailed assessment of the likely benefits and costs of the fiduciary rule, including an analysis of its effects, as well as potential alternatives to the rule itself.

In order to complete this analysis, the rule will have to be delayed. According to the The National Law Journal, a delay of "180 days have [has] been widely discussed."

Here's what we already know about how much the fiduciary rule, as written, will cost retirees...

What the Fiduciary Rule Will Cost Retirees

Capital Wave Strategist Shah Gilani told Money Morning readers a few weeks ago that the way the fiduciary rule is currently written is expected to cost the retirement industry about $2.4 billion per year due to the fees brokers will lose out on when they shift to the "best interest" standard.

Part of that shift comes from the imposition of "wrap fees," where brokers charge clients based on a percentage of assets. This poses a problem for the average retiree: What if you have a small retirement account and can't afford these wrap fees? Your account would be less profitable for brokers to supervise.

To offset its losses, Wall Street will likely pass down those expenses to account holders. Economist Incorporated noted in its summer 2016 issue that the fiduciary rule's cost to investors would be over "$5.6 billion a year."

That means the DOL could reasonably conclude that the fiduciary rule does "harm investors" in its provisions.

But will the feds be able to come up with an alternative that better protects retirees from sleazy brokers, as the fiduciary rule sets out to do?

"I'm all for short, transparent, simple rules," said Gilani. "But I'll quickly become a detractor if the new president makes deregulation about making money for Wall Street as opposed to protecting and fulfilling his promises to hard-working Americans desperately in need of a promising path towards a good and bountiful retirement."

More on Retirement: 401(k)s will be driving the markets in the near term, but there's another retirement investment our Chief Investment Strategist Keith Fitz-Gerald wants our Members to know about. It's one of his favorites, a kind of "desert island fund" he'd buy if he had to park his money in one place, "retire" from civilization for 20 years, and come back to a pile of money. Click here to learn more...