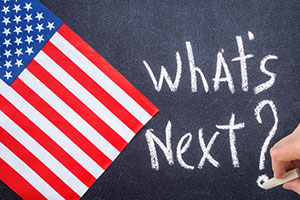 Of course, the big story is President Trump...