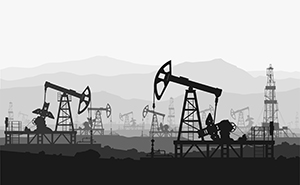 Oil futures hit a 10-year low of $26.55 a barrel in January 2016. Current oil futures contracts are now up over 100% since then to $54.22. But oil prices are still climbing. Money Morning  Global Energy Strategist Dr. Kent Moors says oil prices are climbing even higher in 2017.

That means there's plenty of opportunity for investors to profit from surging oil prices. And to help you make money on oil, we're giving you our best oil company stocks to buy this year.
Buying the top oil stocks is simply the best way to profit from higher oil prices. Traders can take their chances with futures contracts, but the market is often volatile and unpredictable. Passive investors might prefer oil ETFs, but many investors don't realize ETFs are loaded with fees and bloated with bad stocks.

The Environment for Oil Stocks Couldn't Be Better

There are three big reasons 2017 will lead to profits for the right oil stocks.
First, the OPEC agreement to reduce the oil supply is working.

On Nov. 30, OPEC announced a deal with 11 other countries to cut oil production for the first time in over eight years. The agreement cuts oil production by 1.8 million barrels per day.

Since the deal was announced, oil prices rose nearly 20%. And since the deal went into effect on Jan. 1, all countries are adhering to the arrangement.

Moors says as long as the OPEC deal stays in place, it will establish a price floor above $50 a barrel. Plus, it means oil prices could rise even higher if OPEC sticks to the cut.

Second, demand for oil is rising.

The EIA predicts that the demand for energy will increase by 25% through 2040 as India and China both grow in population and economic development. And oil will be the dominant source of meeting that demand. Exxon Mobil Corp.'s (NYSE: XOM) annual energy outlook predicts oil will remain the primary source of the world's energy through 2040.
Growing demand is important because it will help keep prices up. That's especially true when OPEC is cutting back oil production to reduce supply.

And because oil will continue to be the dominant source of energy, investors don't have to fear new forms of alternative energy taking its place.

Third, the Trump administration is creating a friendly environment for oil companies. And oil company stocks will reap the benefits.

President Trump campaigned on a platform to make "America energy independent" by reducing regulations and restrictions on oil and gas production.

And so far he is following through as president.

In January, President Trump signed an executive order ending restrictions on the Keystone XL and Dakota Access pipelines. Shares of Energy Transfer Partners LP (NYSE: ETP), the owners of Dakota Access, are up 6.37% this year.

Rex Tillerson, the former CEO of Exxon Mobil, is now the U.S. secretary of state. Former Oklahoma Attorney General Scott Pruitt is now the head of the Environmental Protection Agency (EPA). As attorney general, Pruitt has sued the EPA more than a dozen times on behalf of oil companies.
And President Trump has signed legislation from Congress meant to help American oil companies. On Feb. 14, President Trump signed a bill that eliminates a Dodd-Frank regulation requiring oil companies to disclose payments made to foreign governments.

Now that you've seen why 2017 will be a great year for crude oil stocks, we want to show you the best oil company stocks to buy to profit from this environment. Check out our top oil stocks of 2017...